This is one of those times when the old saying “no good deed goes unpunished” comes to mind.

When an animal loving grandma in Lumberton, Texas noticed a squirrel walking on her granddaughter’s inflatable pool, she and her daughter went outside to assess the situation. 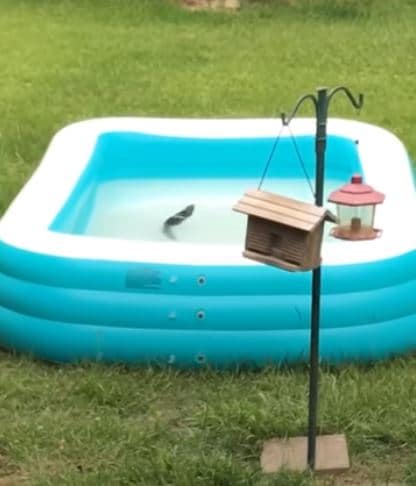 By now the squirrel is swimming in the pool so the kind hearted daughter decides to try to rescue it.  Grandma grabs the video camera and her daughter gets a chair to use as a prop to help scoop the squirrel out. 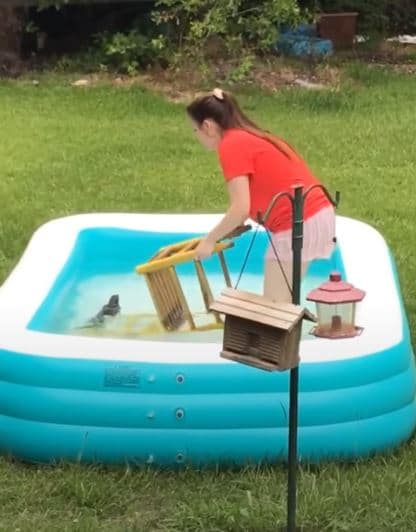 She enters the pool and that’s when things start to get hilarious.  The frightened squirrel is swimming around the pool while the woman follows it, yelling, “I’m saving you, I’m saving you, let me save you!” but apparently the fleeing squirrel is not convinced that she wants to help. 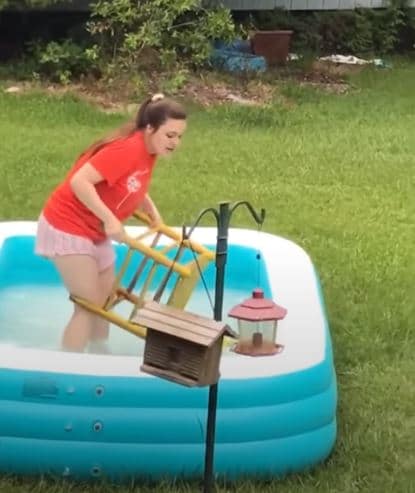 In desperation, the frantic squirrel climbs onto the back of the chair and you’d think that was going to be the end, that the squirrel would scamper away to dry ground or perhaps run up a nearby tree.  But no, here comes the best part… 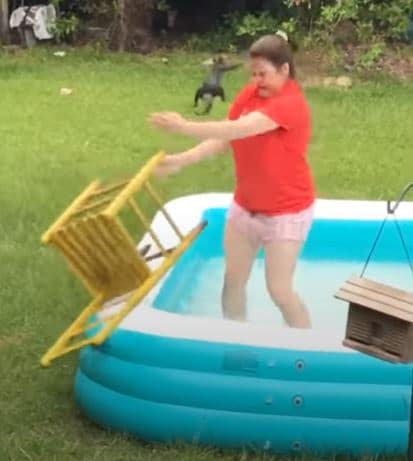 Rather than leaping to safety, the squirrel faces off with the woman and jumps off the back of the chair and lands on her chest!  The woman’s arms fly up in the air, she runs away, the squirrel lands back in the water, and the scene could not be funnier.  Grandma must have been rolling by now. 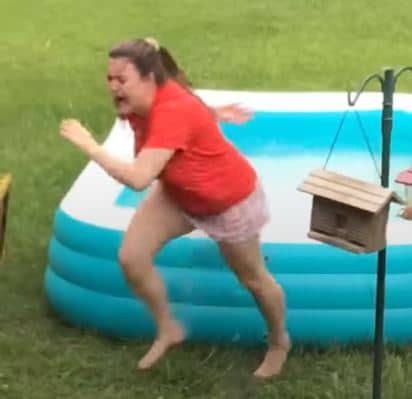 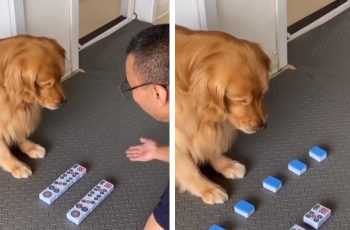 Everyone wants to believe their dog is the smartest pup … 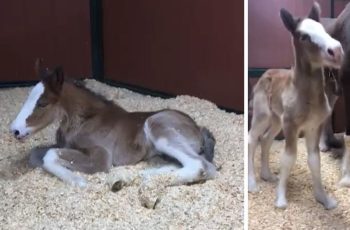 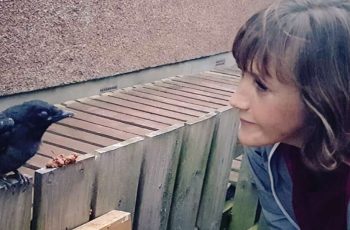 About five years ago, a new neighbor moved across the … 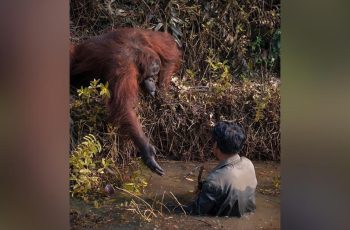