Home
Animals
Woman Adopts Senior Dog From Shelter, Turns Out To Be Her Childhood Pet

Nicole Grimes, from Pennsylvania, decided she wanted to adopt a dog. She had always loved dogs and even had a dog she was totally in love with as a child that she was forced to give up. She decided she’d rather rescue than buy for that reason, so she got on Facebook marketplace and started looking for a new companion. While searching, she came across a pomeranian x poodle mix that seemed so familiar.

To properly tell the story, we must start from the beginning. On Nicole’s 10th Birthday, she received the best present ever from her grandmother. It was a dog named Chloe.

Nicole had Chloe for four years and they were best friends. But when her dad got a new job, the family had to move to a new city, and she had to leave behind her beloved pet. She surrendered him to the Washington Area Humane Society.

“I was 10 years old and all I wanted was a puppy. She was wearing a pink bow when Nana gave her to me. We were best friends. My dad got a new job working from home, but Chloe was too yappy, and he had to be on the phone all the time. I remember my dad picked me up from school when I was 14 with the dog in the back seat. I knew we had to give her away.” – Nicole

Luckily for the pair, when Nicole went to pick up her new dog; the one that seemed so familiar, she noticed that the 11 year old dog in front of her was indeed her old dog she had to leave behind as a child!

“When I found out they were both called Chloe it was really strange. It just clicked when she was introduced to me as Chloe. When she was dropped off, she came running up to me and was licking my face. Then I knew in my heart that she has to be the same dog.”

When Chloe’s microchip was scanned, she had definitive proof that this was her Chloe!

“I felt like I won the lottery. I never thought I’d see her again,” said Nicole.

What an amazing story with a great ending! Chloe will get to live out the rest of her life with her original owner who has loved her since she was just 10 years old. If you liked this story, leave a like and share with friends and family. 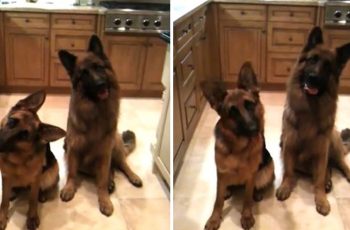 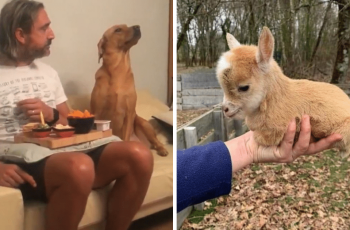 If you currently have a pet or have ever had … 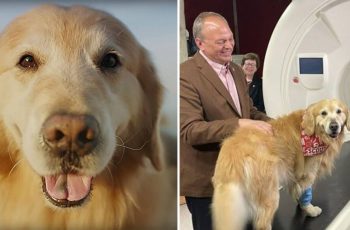 A wealthy corporate CEO has purchased a 6 million dollar … 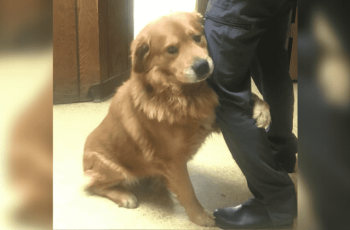