This gorgeous fox was destined to be someone’s fur collar but fate had other plans for the beautiful creature.

Woody the fox was raised on a fur farm in Russia. Sadly, fur farms are legal in Russia and the owners had big plans to sell the pelt of the fox for clothing. But one day a man named Yaroslav set eyes on Woody and knew that he couldn’t let it happen.

So Yaroslav approached the owners of the farm and asked them if he could buy the fox. Fortunately, they agreed and sold him Woody for the amount they had expected to get for his beautiful fur.

Yaroslav didn’t hesitate and quickly paid for Woody. Excited over being able to rescue him, he then transported the fox to his new forever home, and the real work of trying to befriend the fox began.

At first, the fox was stressed and didn’t want any contact with Yaroslav. But since he was quarantined in Yaroslav’s home, the two had plenty of time to spend together and before long, started to become friends.

Once Woody’s quarantine was over and he was declared free of disease, he got to move to a special outdoor kennel that Yaroslav made for him. But the clever fox was mischievous and began to dig tunnels to escape from his cage.

Since Woody had lived in captivity since he was a young pup, he didn’t have the skills to survive in the woods on his own. So Yaroslav had to work hard to keep him happy in his new enclosure so that he’d be safe.

Woody is beautiful and his new home is everything a domesticated fox could ever hope for. Yaroslav adores him and takes care of him as best as he can, even providing him with enrichment toys.

But he’s also quick to say that since foxes are not truly domesticated, it’s not an easy task to care for one. He says it’s not as simple as it looks and owning a fox is like owning a disobedient cat and dog rolled into one clever animal.

Despite the challenge, it’s clear that Woody is adored and well cared for. He’s super cute and Yaroslav and Woody spend a lot of time together. Woody’s also only fed natural foods like meat, cottage cheese, vegetables, and fruit. But his favorite food is persimmons.

Woody probably doesn’t realize that he escaped certain death and all the challenges that Yaroslav has overcome to care for him. But one thing is sure, the two are adorable best friends and Woody is one lucky fox.

We hope that you enjoyed this sweet rescue story. No animal should live and die at a fur farm just for the sake of fashion. We’re so happy Woody escaped this fate. As always, please feel free to share with your friends. 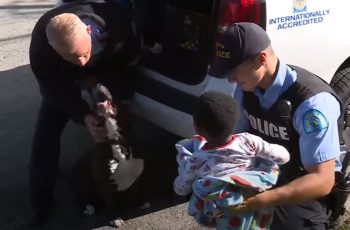 In Saint Louis, Missouri, a little boy went missing on … 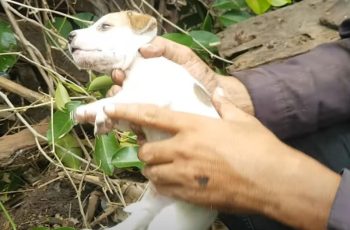 In what looks like a jungle, some kind-hearted people are … 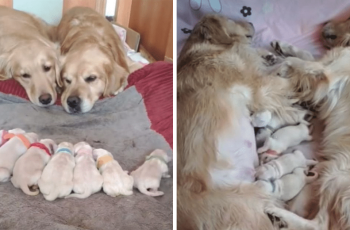 Being a parent is hard work. You’re responsible for the … 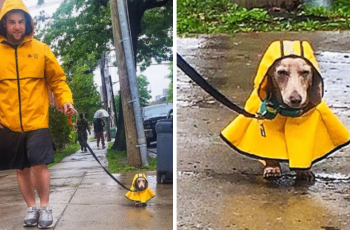 Animals are so amazing and wonderful and they deserve the …