Animals are resilient creatures.  They can go through the most traumatic of situations, overcome the odds, and still have an abundance of love to give.  They seemingly never complain, and fight their personal battles with dignity.

Such is this story about a beautiful black cat named Lucifer who lives in Perm, Russia.  As a young kitten, Lucifer sadly suffered a severe spinal injury that left him paralyzed.  Despite losing the use of his legs, he didn’t let his disability stand in the way of being the special cat he was born to be.

After Lucifer was injured, he was taken to a veterinary hospital where he was provided excellent medical care.  As he recovered from his injuries, he began to make himself at home in the clinic and they decided to rescue him.  He regained strength; he remarkably began regaining some use of his limbs.

As Lucifer, or Luc as he’s affectionately called, healed he began dragging himself around the hospital to comfort the other sick and injured animals.  Dogs and cats alike, he sits and cuddles with them for hours and keeps them safe and warm.  He even gives blood when it’s needed.

Luc seems to have inherent knowledge of what the suffering animals are going through.  Presumably, because he has also known suffering it has given him a huge measure of compassion, which he freely loves to give.

We think this sweet Lucifer is a true angel and an amazing representative of cats everywhere.  We hope that he has a long, healthy life and can continue to spread his love to all who need it.

Please share his sweet story with your family and friends. 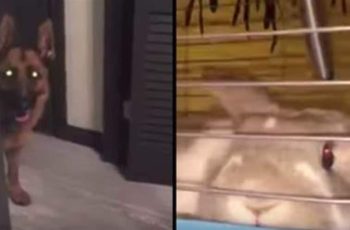 This adorable German shepherd has the sweetest bedtime ritual. Before … 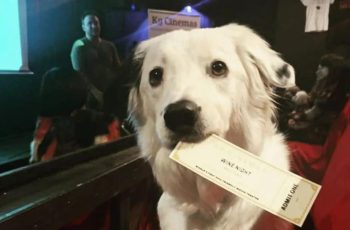 Have you ever gone to the movies only to sit … 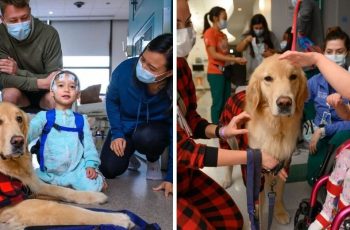