Some dogs just have that special something that causes them to know when someone is in trouble and will make sure to get them the help they need. Such as this sweet pup who saved the life of a baby bird.

According to his owner, Viviana Davila, Hiro has always been a very good boy. He proved himself once again when he brought to her attention that a tiny fragile life was in danger and needed help.

The two were kicking back relaxing in the backyard of their Puerto Rico home when Hiro took notice of something along the fence line. The attentive pup got up to check it out. Davila couldn’t yet see what it was but noticed Hiro licking at something and then staring back at her.

Knowing the stare was his signal that he wanted her to see something, Davila got up and went to check out what he had. She said, “that gave me the signal that there was something going on and I approached Hiro.”

Davila looked down to see what was in the grass and was surprised to see a small green parrot. The small bird looked defenseless and wasn’t moving much so she tenderly picked it up in a towel and took it back to the house.

Davila said, “I instantly looked for a towel and picked her up.” “She was very defenseless and helpless.”

After telling Hiro what a good boy he was for saving the bird’s life, Davila consulted with a veterinarian. She learned from the vet that the bird was a baby Quaker Parrot. The baby had apparently fell from its nest and was now paralyzed.

Normally the vet would suggest euthanasia but the baby parrot seemed strong and acted as though it wanted to fight to survive. Wanting to give the bird the best chance at life, Davila brought the baby home and named her Hope.

Once back home, the most amazing thing happened. Hiro never left the bird’s side and constantly watched over her. Hope was fed and cared for and as she got stronger, Hiro’s new purpose in life was to be with her every step of the way.

Hiro and Hope became inseparable. Not only did Hiro save Hope’s life, he gave her a home and became her best friend! “Having Hope and taking care of her so far has been a really great experience,” Davila said. “She teaches us each day about perseverance, and Hiro about empathy and being a kind living creature and friend.”

Please share this sweet story this very empathic Hiro dog who saved the life of a baby bird. 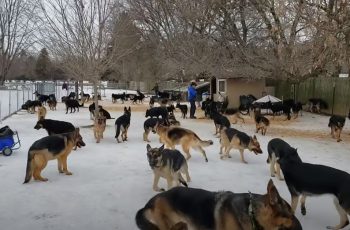 If you’ve ever dreamed of watching a huge pack of … 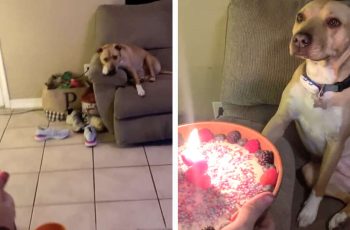 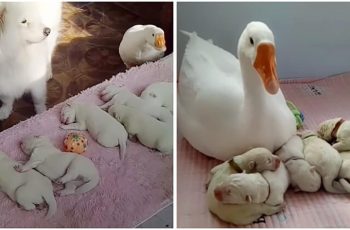 This fluffy dog and downy goose are proof that nothing … 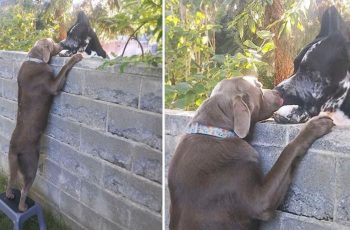 It’s said that “good fences make good neighbors” but these …