Home
Animals
Dog
Scared and alone, without help, these puppies would not survive on their own

In what looks like a jungle, some kind-hearted people are searching for abandoned puppies whose mother has long since gone.

They must walk through brush and twigs to find a makeshift shelter that is hiding some tiny puppies. When they removed the dead palm fronds and the first puppy appears, it was enough to break your heart.

How did these puppies end up here? We don’t know.

Thankfully, they were discovered and are now being fed by some locals. The puppies are timid but their hunger forces them out of hiding and toward a bowl of soft food, which two begin to gobble up.

Where they are living is no place for dogs let alone young puppies. Their shelter is nothing but dirt, wood, and dead leaves but it seems that they have no choice. There is no mother nearby, no momma dog to nurse and care for them.

Despite the harsh conditions they are living in, the puppies are beautiful and appear healthy. Their rescuers gather them up one by one and place them in a box so they can be taken care of.

It’s not easy to find them all as they hide under all the debris. But they find the food too tempting to ignore and eventually are lured toward the dish of food. They are terrified of the people trying to help, which only adds to the difficulty of catching them because they quickly back away from human hands.

It appears they may be hiding under an old wooden porch or pallets but it’s overgrown and vacant except for a lot of trash. They must get the puppies out because they won’t be able to survive here on their own very long.

Thankfully, the rescuers don’t give up searching through the thicket for the puppies. Despite the pups attempt to continue to hide themselves away, eventually, they locate them all but it’s not easy to find them and once they do, the puppies are not happy about it.

When they finally gather them all, they settle them in their little box and give them more food. Thankfully, the little puppies are now safe and have a chance to survive their ordeal. All thanks to some caring rescuers.

We hope you enjoyed this sweet rescue story. As always, please feel free to share with your friends. 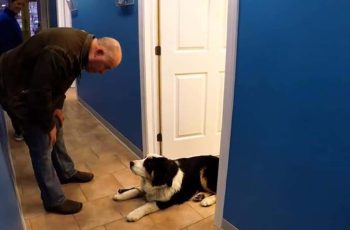 This sweet dog was abandoned during her greatest time of … 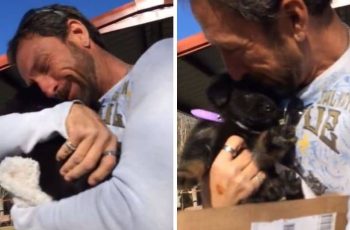 There is nothing like the love of a dog and … 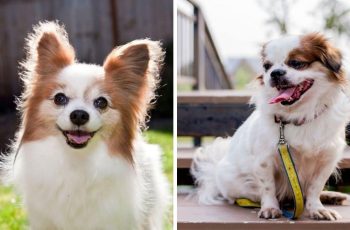