It takes rescue dogs some time to adjust to their new homes. Most rescuers will tell you that it takes a few months for rescue dogs to truly let their personalities out and become themselves in their new home.

But this little dog was extra scared. At the rescue, she considered the bathroom her safe space and didn’t want to come out from behind the toilet. They stayed there for ten long days.

Her sweet scared face is enough to break your heart. Her rescuer patiently tried to convince her it was time to come out but sadly, the terrified little dog just wasn’t ready. Even when offered food, she would turn her sad little face away.

The dog had come from a hoarding situation in Austin. Twenty-three dogs had been taken from the property and many were not socialized. This was one of them and sadly, she was suffering because of the abuse she suffered.

The first few days were very tough and her rescuer was worried about her. She tried to hand-feed her, but she was too scared to take the food. She was the most shut-down dog that her rescuer had ever seen but there were glimmers of hope because one day she did poke her nose out and accept a bite.

But soon her situation would get even more serious. The rescuer noticed her belly was swollen so she took her to the vet. Once there, it was discovered she was pregnant and would be giving birth to puppies soon.

The scared dog was placed in a foster so that she’d have a safe place to have her puppies. Not all of the puppies survived due to her health condition most likely but the ones that did have all been placed in their forever homes.

But the scared little dog is still not totally out of its shell. She tries and has made some progress, but she is still fearful of life. But she’s a gentle and kind soul and at her foster home, even the children can read to her.

We wish the sweet dog the best and when she’s ready, she’ll be placed in her forever home with people who will love her forever. We hope you enjoyed this sweet rescue story. As always, please feel free to share with your friends. 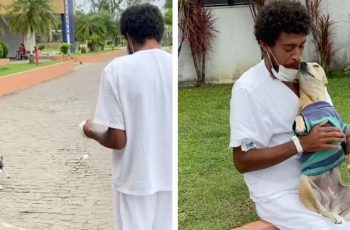 She’d been looking forward to this moment for so long. … 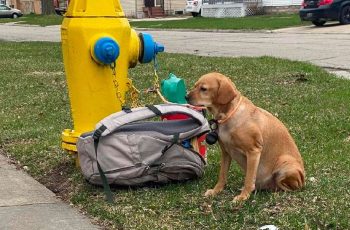 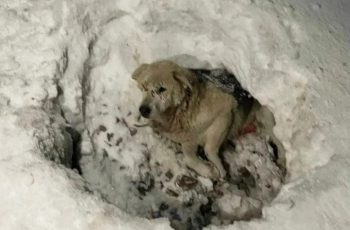 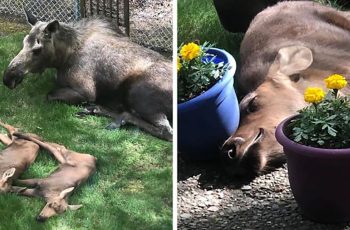