Ginger Biscuit was found in a storm drain after a big rainstorm, completely soaked and in need of help. His rescuer brought him to Greenside Animal Hospital, and since they didn’t know anything about his health, they put him in the isolation ward, where he could heal and recover in peace.

Ginger was understandably a little nervous when he first arrived at the hospital. He was only 8 to 10 weeks old and very confused, so he was a bit wary of everyone walking by and caring for him.

“[Ginger] is shy but very loving and likes attention once he has overcome his initial fear of contact with our team who cares for him,” Dr. Joubert Viljoen and Dr. Suzette Greube, owners of Greenside Animal Hospital, told The Dodo. “He is a bit wary of people when they enter the isolation ward until he sees us bringing food, then he is happy to creep out of his shell and interact.”

Luckily for Ginger, he got the isolation ward all to himself — except for Anne.

Anne was also brought to the hospital as a stray after she was found hiding in a bush at a nearby sports club. She was covered with fleas and ticks and was very weak. One of the trainers at the club brought her to the hospital, and everyone could immediately see that she was quite sick. They sprang into action trying to heal her and got her all settled into the isolation ward.

Usually, the cats and dogs at Greenside Animal Hospital are kept in separate areas, but the isolation ward is a special case. Anne and Ginger’s crates were across the room from each other. There was no way they could have any contact — or so the staff thought. As it turns out, though, Ginger had other plans.

One day, staff walked into the isolation ward and stopped dead in their tracks. Ginger wasn’t in his crate. Instead, he was cuddled up with Anne in her crate.

“We underestimated the kitten’s ability to wriggle itself through the door of the cage he was placed in,” Viljoen and Greube said. “With the little dog being so weak, we never considered her to be a risk to the kitten, but when we saw them together the first time around, there definitely was a moment of panic, seeing as some dogs don’t react well to cats and vice versa.”

Everyone’s fears were immediately put at ease, though, when they saw how gentle Anne was with Ginger and how much they seemed to love each other. The pair seemed to calm each other down, and although the staff tried to separate them again, it didn’t work. Anne and Ginger had decided they belonged together, and that was that.

“After initially discovering them together, we moved the kitten back into his cage, as his litter box, food and water was in there, but he immediately made his way out of the cage and back to his friend,” Viljoen and Greube said.

Now, Anne and Ginger are sharing a crate full time, and they couldn’t be happier about it. Anne was so weak when she first arrived at the hospital, but having Ginger by her side seems to be helping her recovery and giving her strength. He gives her something to focus on and care for, and she gives him a sense of calm and safety that he had been missing before.

“It is definitely a case of ‘yours, mine and ours’ with these two,” Viljoen and Greube said. “They love to snuggle and even have meals together! They have toys, but the kitten’s favourite pastime is chasing Anne’s tail!”

The pair may be very different, but it doesn’t matter. Their friendship is strong, and everyone agrees that it’s the sweetest thing ever. 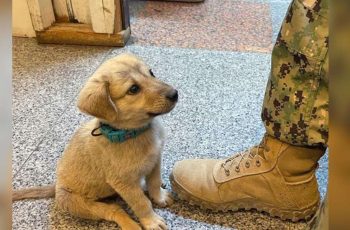 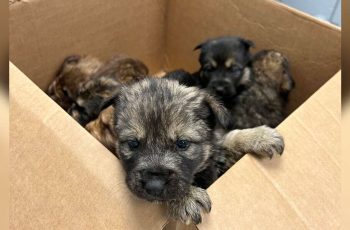 On a cold day in Michigan, screeching winds and frigid … 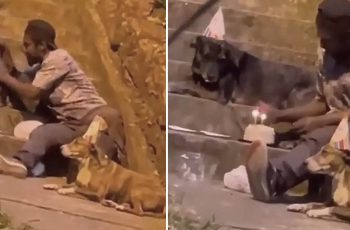 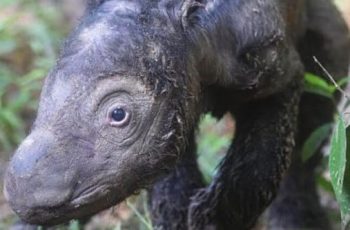