Last winter, a man named Don Chatten was walking his two dogs through the ice and snow at the Bark Park at Ellicott Creek Park when his dogs noticed something floating in the water.

Chatten had taken his dogs to the Bark Park so that they could burn off energy and run around off-leash. He never expected anything unusual to happen on that cold winter day or that he’d be saving the life of a dog he never met before. 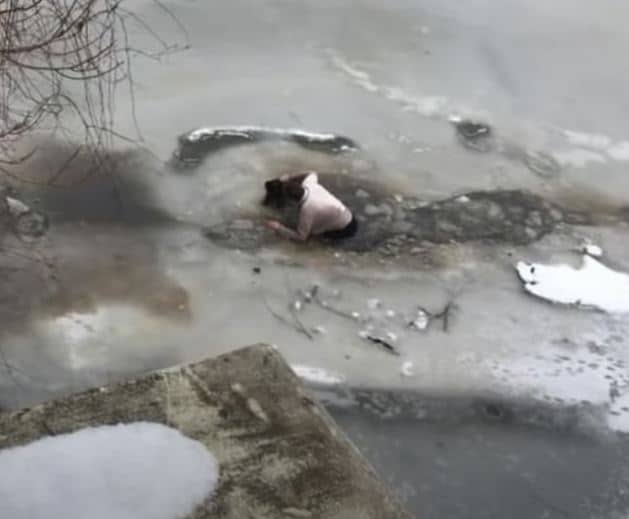 As Chatten and his dogs were leaving the park they crossed over a bridge. One of his dogs stopped and peered down in the water. Since this dog could act goofy at times, he didn’t give it much thought.

However, after they crossed the bridge, both dogs became concerned about something in the water and kept looking back toward the bridge.

Believing his dogs must have noticed a duck in the water, they continued down the path. However, since the dogs kept looking back, Chatten took a closer look at what had captured their attention. 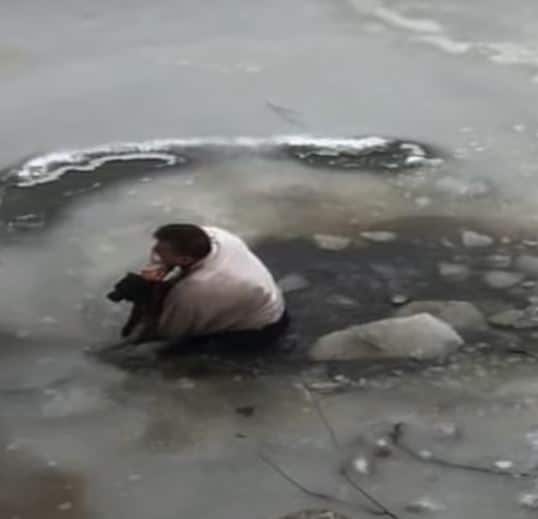 It was then Chatten began to hear whimpering and realized there was a little black dog stuck in the icy water under the bridge. The freezing dog’s owner was up a slick embankment trying to call 911 for help.

Chatten knew he had to do something to help so he let his own dogs loose and rushed to help save the distressed woman’s dog.

Realizing that there was no time for 911, Chatten shed his flannel and wallet and crawled down the icy bank and into the waist-deep water, and grabbed hold of the dog. He knew how deep the water was because he was familiar with the creek. 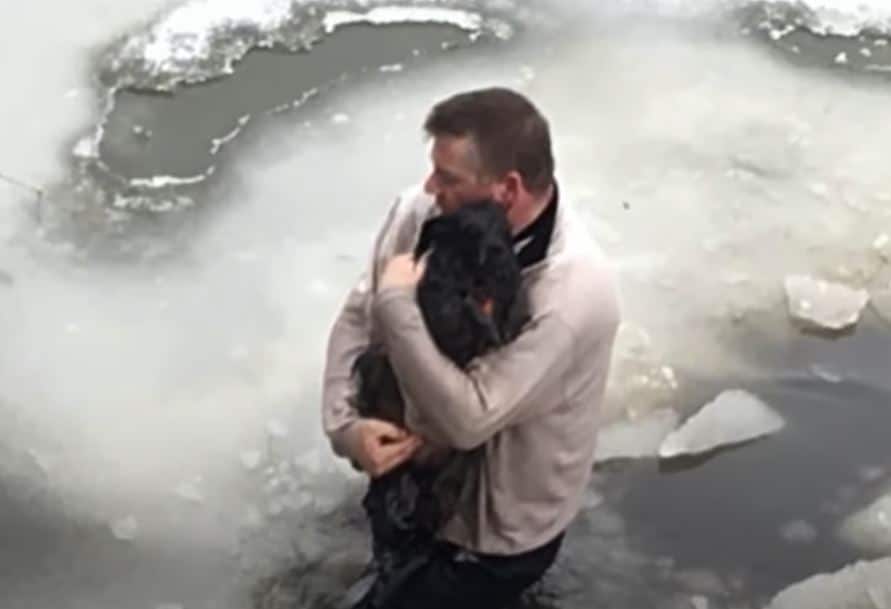 Holding the dog in his arm, with the help of the woman, he managed to get out of the water and climb back up the icy embankment. He returned the shivering dog to her then rushed to his own car to get warm.

Being able to help and watch the grateful woman hold the little black dog in her arms was wonderful to see. Chatten was a true hero that day, saving the life of a dog and helping a person when she needed it most.

Please share this heartwarming rescue story with your family and friends. 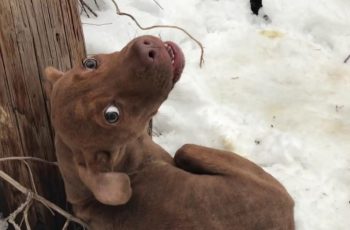 The phrase, she was “at the right place, at the … 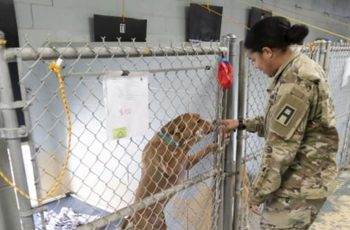 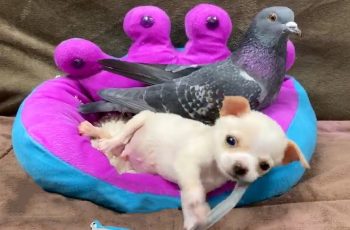 Everybody needs somebody and that goes for animals, too. When … 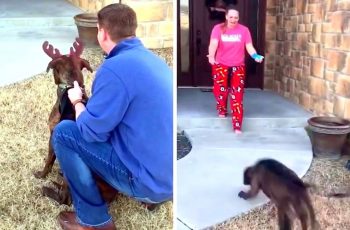 This special girl wanted a dog so badly that when …