This paw parent from Hangzhou City in China apparently felt the need to video his dogs while away from home. On this day, he probably had no idea that when he returned home, he’d be facing an epic mess. 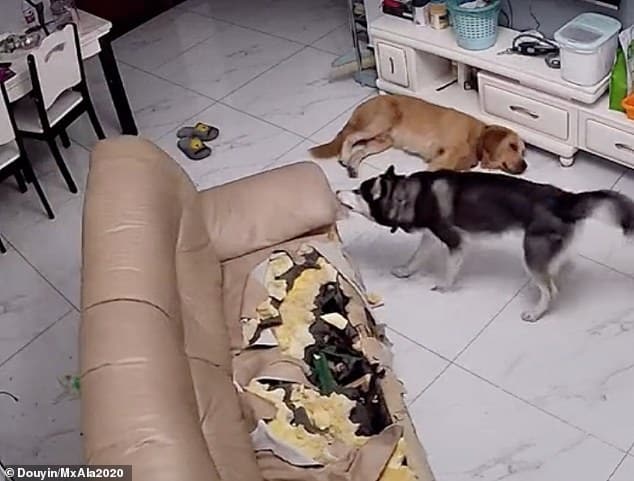 The couch casualty was just part of the damage. There was trash and debris strewn all over the room. However, the first clue to what happened took place when a very guilty looking husky jumped on what was once a nice leather sofa, curled up, and tried to look innocent.

To get to the bottom of what happened, the owner watched the video and saw Oreo start ripping up the beautiful tan leather couch. He pulls so hard that he drags the couch across the floor and he shreds it apart! He wrote in a social media post:

‘Without the security camera, it is hard for me to imagine what this home has gone through when I’m not around.’ 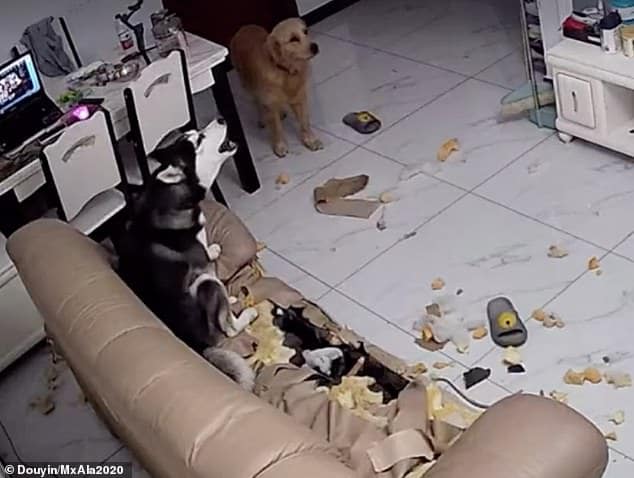 As if that’s not enough, Oreo then turns his attention to the trash and other things in the room and generally made a huge mess. At first a golden retriever named Mixiu just naps as if all this is business as usual while a smaller dog yaps his encouragement in the background. 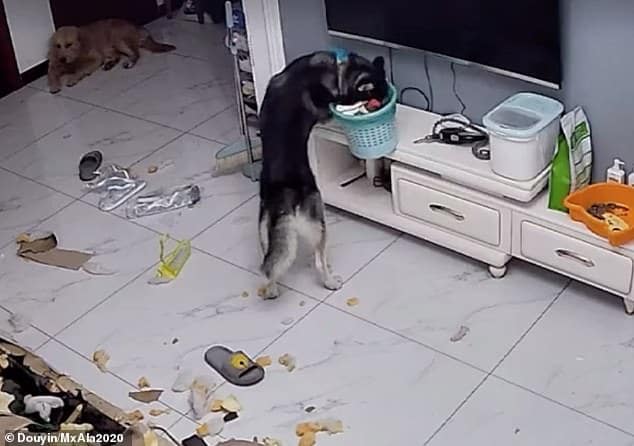 Mixiu gets up about the time that Oreo goes back to finish the couch off. As Mixiu searches through the trash on the floor, Oreo rips of foam from the couches and tosses it through the air before attacking the arm rest.

Later in the video, the lab can’t resist getting in on the messy fun and we can see a glimpse of a smaller dog watching the entire show go down. Suddenly, all the action stops and the dogs forgetting their mischief run to the door. 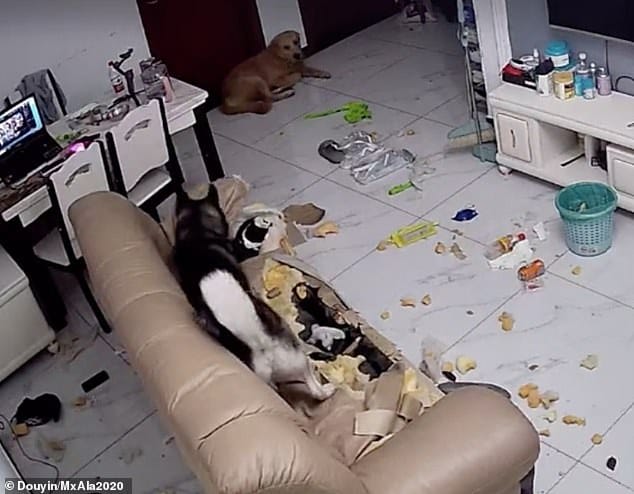 Busted, the mischievous husky races back to the room and jumps on the torn up couch. He tries to look as sweet and innocent as possible. How can a person get mad at a face like that? 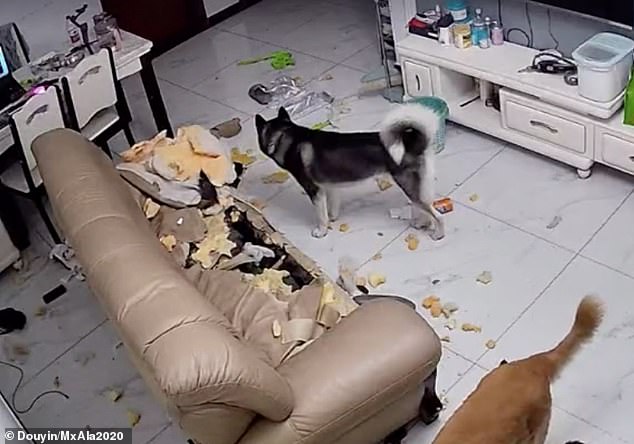 Has your dog ever done something as naughty as this? Let us know in the comments then pass this video along to your friends. 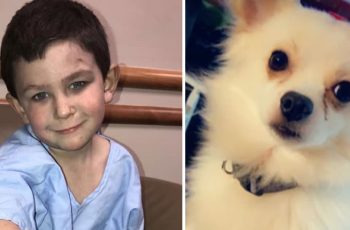 A 5-year-old boy from Bartow County, Georgia saved his baby … 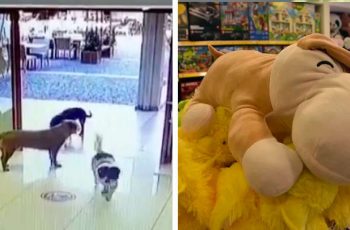 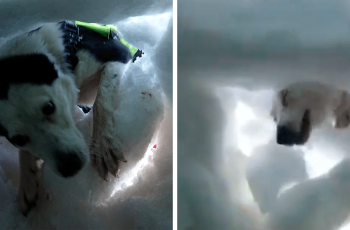 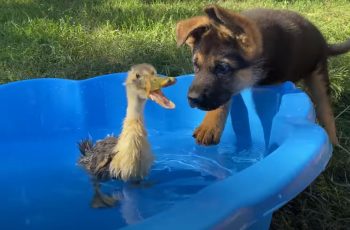