If 2020 taught us anything, it’s how important spending time with friends and family truly is. Being separated from the ones you love is hard on everyone. It’s the same for animals, too. They miss their furry and human friends when they’re apart.

Such is the case with these three horses, Arthur, William, and Harry. One of the horses, Arthur, had to be sold when his owner was going through a very hard time and she was not able to give Arthur what he needed. Even though it was difficult, she knew it was the best decision at the time.

Arthur and his horse buddies had been friends since they were foals and the separation was hard on all three of them. Their owner explains the backstory here:

“On the 14 December 2012 I repurchased Arthur, a horse that I bred but had to sell four and a half years previously in 2008. During this period two of Arthur’s playmates from “foalhood”, William who had been with Arthur since they were foals and Harry who arrived as a foal a year later stayed with me during a transition from running the busy graphic design business to working in equine facilitated learning and therapy.”

Happily, four years later, their owner was able to buy Arthur back. As soon as she was able, she brought Arthur to see his friends. Not sure what to expect when the horses were reunited, she documented their reunion in these pictures and video.

The horses were so happy to see each other again they ran together and were instantly best friends again! The horses run to each other and nuzzle each other in the sweetest reunion ever. Their owner also shared:

“We had a few moves, and Harry and William had shared their lives with many other horses and ponies since spring 2009. Mustons Field, near the village of Hazelbury Bryan the place in Dorset where I used to live and all my horses and ponies grew up in has long been sold, and this reunion happened far away in a village called Firle in East Sussex, in a field William and Harry had only lived in for two weeks, whilst I was studying in this area, so there was nothing familiar. Would Arthur now aged eight and a half, a thoroughbred sports horse that has spent the last four and a half years in a high class private competition yard BE eventing have any memory at all of the two hairy New Forest pony playmates he once shared his youth with? And likewise would William and Harry recognize that little thoroughbred guy who was once their best mate?”

We hope you enjoyed this sweet video. Please share it with your family and friends. 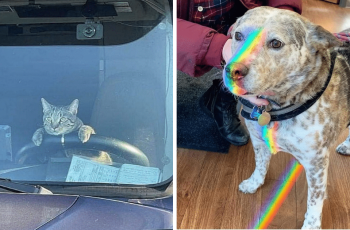 Animals are both adorable and hilarious but they are also … 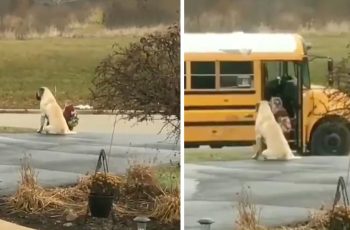 The love and companionship of dogs is unsurpassed.  Large or … 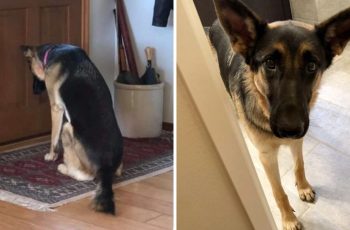 German shepherds are steadfastly loyal dogs so it’s no surprise … 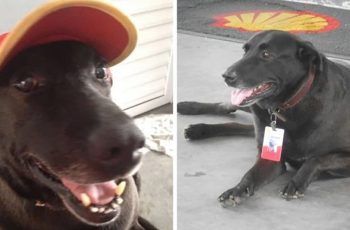 The adorable lab, Negao, works as a friendly greeter for …