Just like all golden retrievers, this one is super cute. The only difference is, his rare birth mark makes him look like he got into a well of ink!

Enzo is a beautiful golden retriever with a little something extra. He has a jet black section of fur on his face that makes him look like he got tagged with a Sharpie. The black spot is simply a genetic mutation that’s gotten him a lot of attention.

People find Enzo’s uniqueness irresistible! The adorable pup now has over 193,000 followers on Instagram. He lives in Texas and is owned by the Castro family Eli, Tracy, Ella (19), and Clarissa (15).

Enzo is described as a “pro napper, sock thiever, long-walk taker, kiss giver, fuzzy snuggler since 12/12/16, #blacksplotchgolden” You can find him at mister.enzoviola

Not only is he handsome, he’s super unique. He was the only one of his litter with the mutation, according to his mom.

“The splotch is random — it’s not a hereditary trait, so Enzo was the only one from his litter with any black fur, and it’s no more likely that his relatives will have a splotch than it is for any golden.

“We’ve met other golden puppers online with bits of black fur — some on their muzzle like Enzo but also ears and feet.”

Enzo’s popularity is also serving a greater purpose. He’s inspiring kids and people everywhere to embrace their differences. However, as he does all this goodness in the world, he continues to enjoy just being and dog and enjoying life.

“He absolutely loves it when anyone throws a tennis ball. He’s great at the catch part and sometimes a little slow on the return. He loves snuggles.”

“He isn’t afraid of anything — thunder and fireworks are fine — but he sometimes needs some extra belly rubs before bedtime.”

“He is a bit of a thief, and if we ever leave the back door open there’s a pretty good chance he’ll have stolen someone’s sock and will be snuggling it outside. His second favorite game, after fetch, is keep away, with said sock.”

We think Enzo is adorable and would love to kiss his sweet face. In the meantime, we’ll leave it to you to pass along the cuteness. 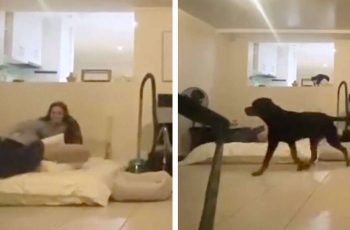 The other day, while relaxing at home, Cloe Terare decided … 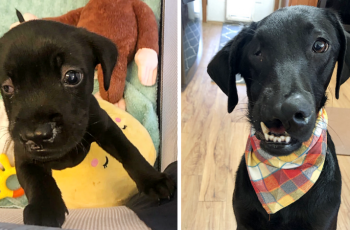 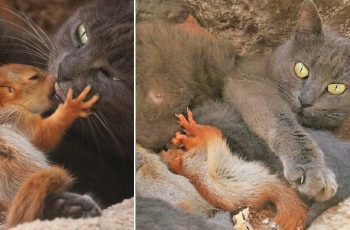 At the Crimea’s Bakhchisaray Miniature Park in Eastern Europe; 4 … 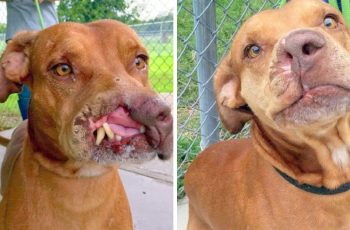