It was such a relief to see the rescuers finally free the pup from the truck. ❤️

A lot of dogs have storm anxiety. Some have it so bad they’ll panic and endanger themselves. This apparently is what happened to Booger, a German shepherd who had to be rescued from the undercarriage of his owner’s truck.

Roger Grimes of Lufkin, Texas is no stranger to storms. They are common in the state but that doesn’t make them any easier on his 2-year-old German shepherd, Booger.

According to the Lufkin Police Department, Booger got scared during some overnight storms and, unbeknownst to his owner, climbed into the undercarriage of his truck to hide. When his owner went looking for him, he was more than surprised when he saw his tail sticking out from under the pick-up. 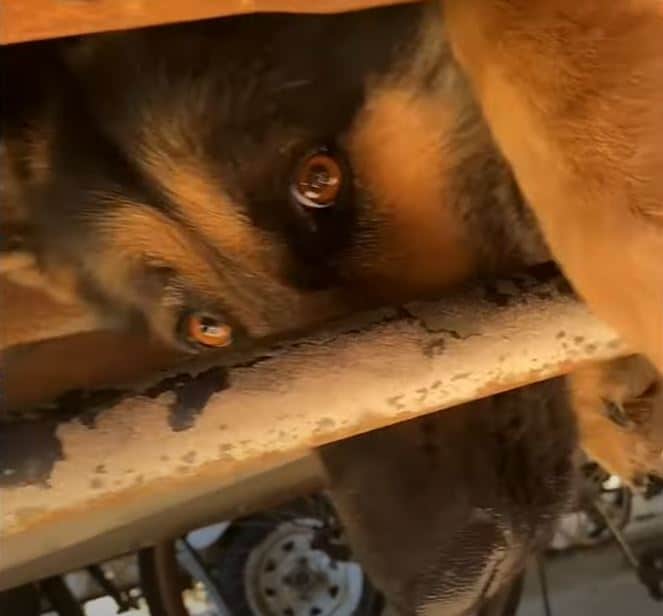 Realizing that Booger was stuck, Grimes had to call for help. Officer Zane Anthony from the Lufkin Police Department responded and seeing the predicament Booger was in, then called in Lufkin Fire and Animal Control.

“I got under the vehicle and kind of assessed the situation. I could not believe he got in there. I do not know how he did, but he was rotated. He was just scared,” Lufkin Fire Department Capt. Eric Parrish told KTRE “I could hear him whining but couldn’t see him. So, I got down on my belly and had my camera. I asked him what he was doing up there and he whined back at me.”

Freeing Booger turned out to be a team effort and it wasn’t easy. To free him from the truck’s underbody, they needed to remove the truck’s front driveshaft and sway bar, but the dog wasn’t having any of it.

He was so afraid that he tried to bite his rescuers, even after they tried calming him by offering a friendly drink of water. That’s when animal control had to step in and sedate Booger so that he could be muzzled while rescuers worked to get him out. 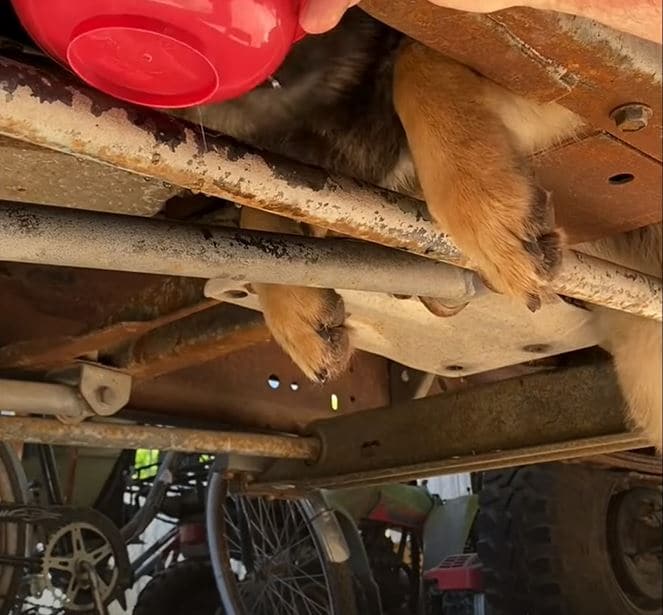 Once sedated, the team went to work freeing the dog. The firefighters were finally able to free his front legs and after some pushing and pulling, his blacklegs slipped free so he could safely be slid out from under the truck. 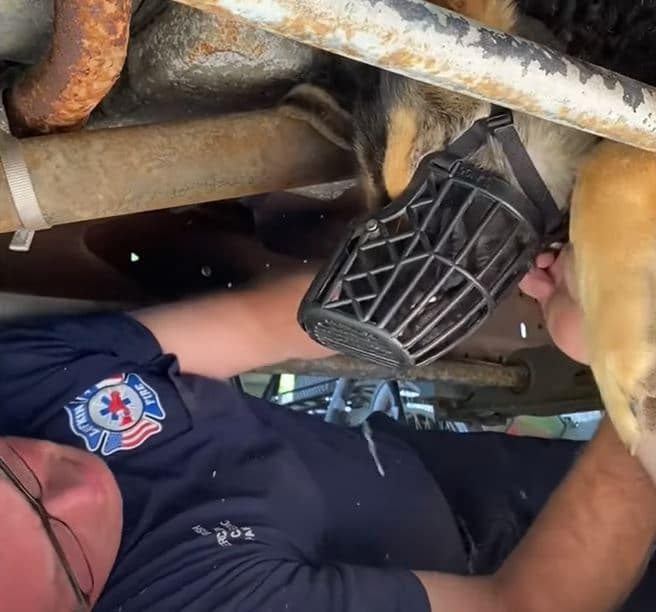 While the exhausted Booger slept off his ordeal in his kennel, the firefighters kindly put the truck back together for the appreciative Grimes, who said:

“I hated calling, but I didn’t know anyone else who could help,” Grimes told police. “I just want [to] say thanks to the fire department, police department, and animal control. They really pulled me out of a bind.” 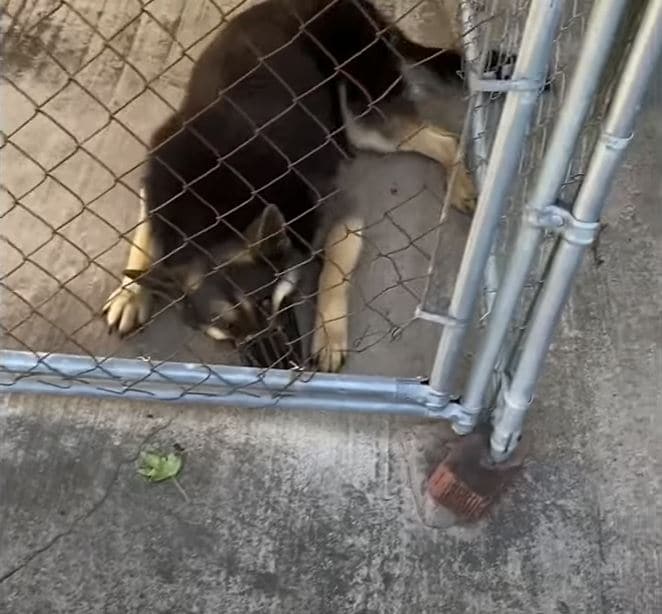 Please share this unusual rescue story with your family and friends. 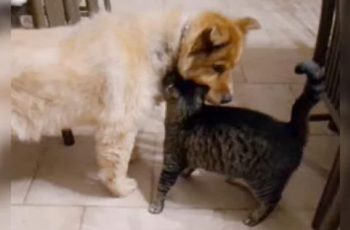 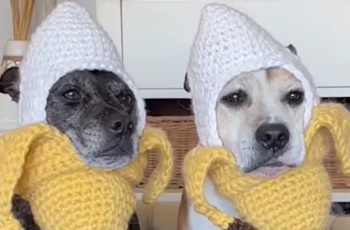 What could be cuter than two adorable dogs tasting different … 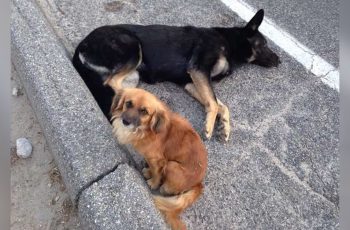 The love and loyalty that dogs express never ceases to … 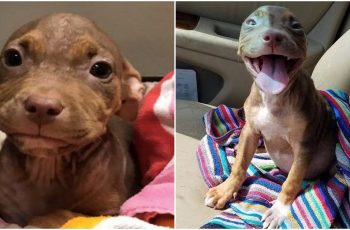 A Pitbull puppy named Matilda was dropped off at Douglas …