You’d think that it would be the little kitten that was scared about meeting a big, brave German shepherd but in this case, it was the dog who was nervous. 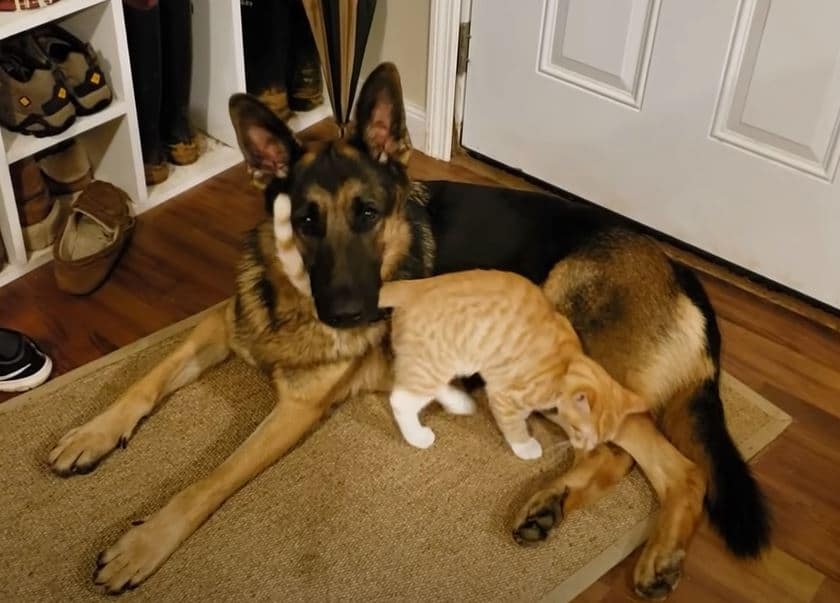 For about a week, the pup kept his distance until he figured out that the little kitty just wanted to play. According to their owners, the two have been best friends ever since:

“Our one year old German Shepherd dog, Beck, was very nervous when we first brought home our ginger kitten, Bleu. It took about a week before Beck figured out all Bleu wanted to do was play, and they’ve been best friends ever since. For the last six months they’ve been play fighting, fight fighting, chasing, and cuddling each other every day.”

Now the two besties could not be more adorable. They play all day and when they’re tired they also rest together. It really does not get much cuter than these two. 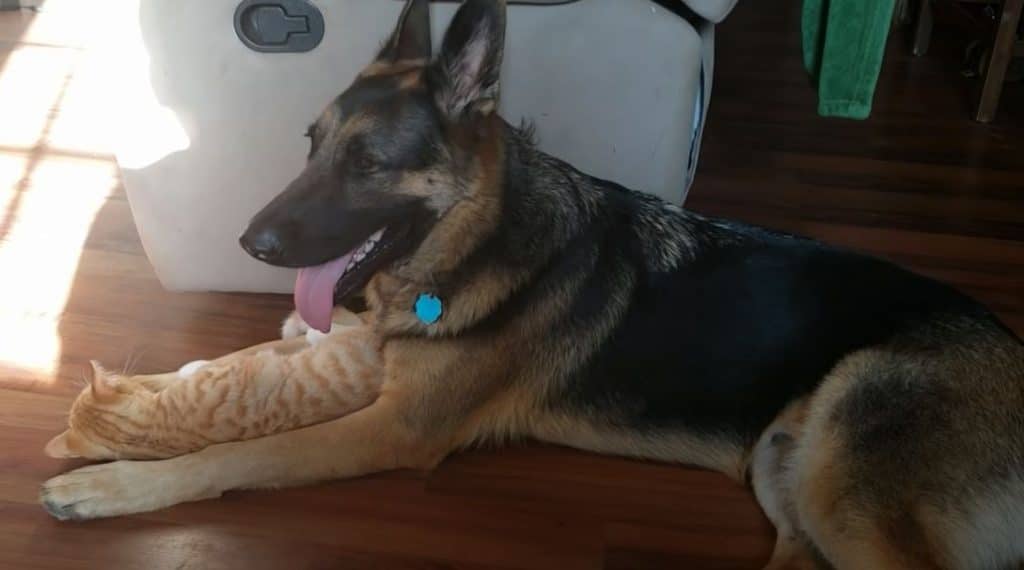 Bleu loves to play kitty ninja and hide in the grass so he can leap out of the green blades and ambush Beck. He also likes to attack Beck’s soft black ears and jump on his face.

Beck is a super gentle, patient pup with his kitten friend. He softly nibbles the kitten and tenderly bites at his little kitten paws as the kitty bats at this face and playfully attacks him.

Beck nibbles at the kitten and follows him around, as if to say, “just try to get me! I’m too fast for you.” Just before he lets the kitty attack him again. It is stinking adorable when Beck ‘corn cobs’ Bleu up and down his yellow fuzzy back.

When Beck tries to chill, the stealthy little cat never stops playing with his bestie. He jumps on his head, bats his ears, and attacks his fuzzy legs and paws. The patient pup seems to love it all and never loses his cool with the mischievous cat. 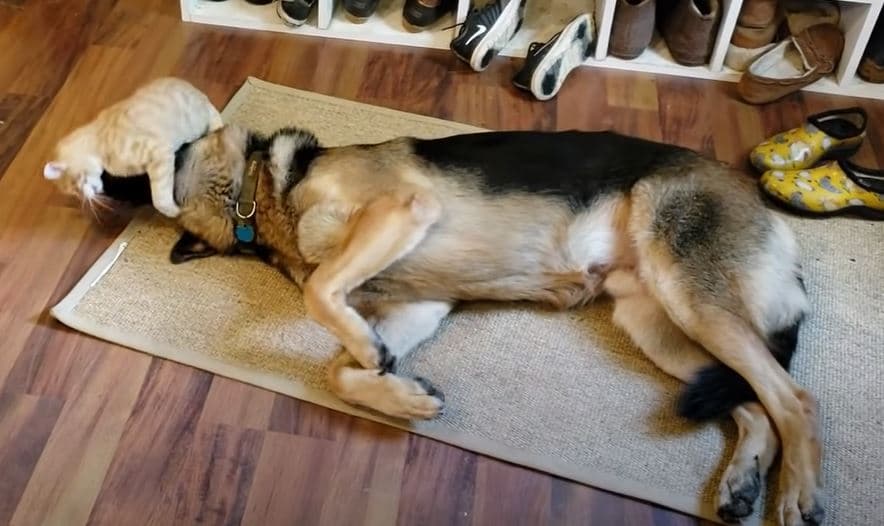 These two cuties prove that German shepherds and kitties can get along and even become the best of friends. We’re sure that these two will be enjoying each other’s friendship for many years to come.

Please share their adorableness with your friends and family. 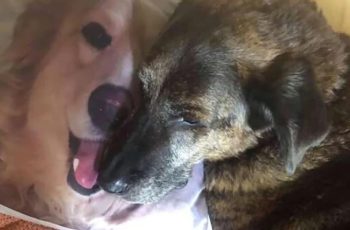 Every once in a while a story comes along that … 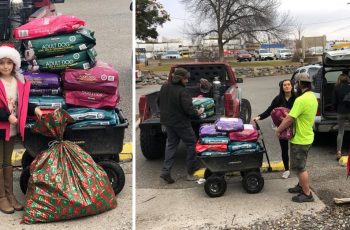 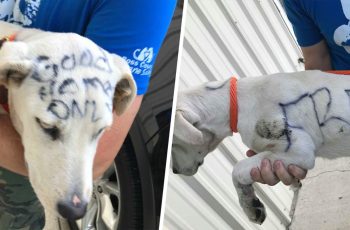 A dog located with words “free” and “good home only” … 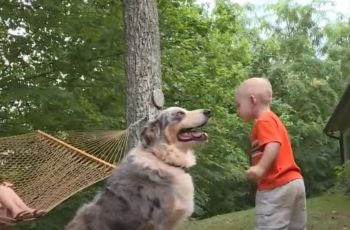 Dogs are amazing. There is no shortage of stories about …