Before he was rescued, Shocks the donkey had a terrible start in life.  Despite his own pain, or maybe because of it, he eventually became a therapy donkey for a 2-year-old little girl whose life was changed due to his love.

It all began when rescuers found Shocks lying in a field on a farm in Ireland.  The poor donkey was in terrible shape.  He had a rope tied around his neck, was covered in sores from being tethered, and his owner had been pouring bleach over his painful wounds.

Fortunately for Shocks, that day he was found was the start of a new life.  His rescuers got him the medical help he needed and transferred him to the loving environment at the Donkey Sanctuary in Birmingham, England.  The sanctuary cares for neglected and abused donkeys, eventually training them to be therapy donkeys.

It was at the sanctuary that Shocks met his future BFF, a 2-year-old named Amber.  Amber could not speak or make a sound.  Amber had also had a rough start in life.  The sweet girl had been born prematurely and could not breathe.  She required emergency surgery to save her life.  She underwent a tracheotomy that damaged her vocal chords leaving her mute.

Amber also suffered from cerebral palsy, a condition that left her weak, made it hard for her to build muscle, and it was difficult for her to move about like a normal little girl.  Due to her health challenges, she was also developmentally delayed.  According to her dad, Julian Austwick, “She struggled to sit up and showed no signs of crawling ’til very late on.”

Amber’s friendship with Shocks encouraged her to become more mobile, get stronger, and she even learned to ride him.  Her journey toward strength was incredible but she also had another big milestone before her.

When she turned 3, Amber was old enough to undergo a surgery to repair her damaged vocal chords and make it possible for her to speak.  Recovery would be difficult and Amber would have to have the courage to try to talk.

That day finally came after she finished her therapy session with Shocks.  As the family was leaving, the sweet little girl gave her donkey friend a hug and spoke her first words, “I love you, Shockey.”  Her dad said, “We were delighted.  It was such a proud moment and of course a massive relief to know that she could speak.”

Because of her relationship with Shocks, Amber now goes to school and is much stronger.  She still loves to visit the wonderful friend who helped her change her life.  According to her dad, “She gets to go in the arena with him and groom him and cuddle him and lead him around the arena and she loves it.  They still value their time together and they still love their cuddles.”

Please share this heartwarming story of courage and friendship between these two with your family and friends. 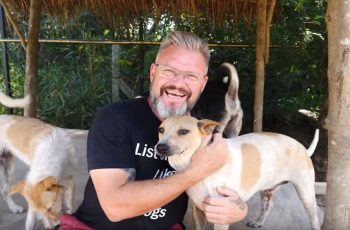 Five years ago, one man’s broken heart began to transform … 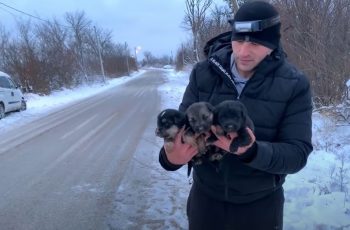 Imagine being scared, alone, and abandoned with your puppies on … 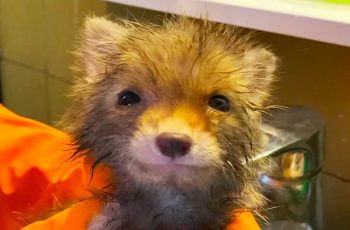 A tiny baby fox lost its mother and was all … 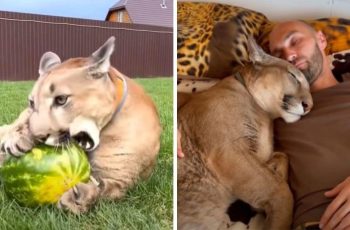