These two best friends share so much love they could not be closer. Since the day they met, they’ve been inseparable. And, when one of them got sick, the other concerned pup took care of him in the sweetest way ever.

Since the day they met, Spanky and Roman have been best friends and share a close brotherly love. Spanky looks up to Roman and loves nothing more than to be near him and follow his big bro everywhere he goes. According to their aunt:

“Roman is definitely Spanky’s security blanket. Spanky will do nothing without Roman and always makes sure he is close to him and if he’s not he gets up and goes near him,” Jackie Rogers.

So when Roman was not feeling well, Spanky was concerned. Mom noticed Roman’s ear started to swell, so she took him to the vet. Turns out the poor pup had a hematoma and needed surgery but would have to wait a bit before it could be performed.

Back at home, Roman’s ear was getting worse and he was getting more anxious about it. Each day, Spanky stayed by his side and tried to comfort his brother. Eventually, Roman had to return to the vet for another checkup to be sure he could wait the additional five days until his surgery was scheduled.

While at the vet, Spanky went along for the ride but was very unhappy while Roman was inside crying, whining, and barking for his brother:

“We had to take him back to the vet to confirm he could wait five more days for surgery and I brought Spanky along for the ride, but due to COVID we couldn’t go inside with Roman and for 20 minutes Spanky sat in the car crying/whining/barking until Roman got back,” Rogers said.

The vet determined that Roman could wait a little longer for his surgery so the miserable pup went back home. His family kept a close eye on him, including Spanky who never left his side.

Mom and dad had to go to work so they have a Ring Camera set up to keep an eye on the dogs. Since Roman was sick, they were keeping a closer eye out when one day, mom saw Spanky watching Roman resting on the floor.

What she saw next was the most amazing and sweetest thing, ever! Suddenly Spanky walked over to his bed and then dragged it over to Roman so that he’d be more comfortable! The two friends then snuggled up together. 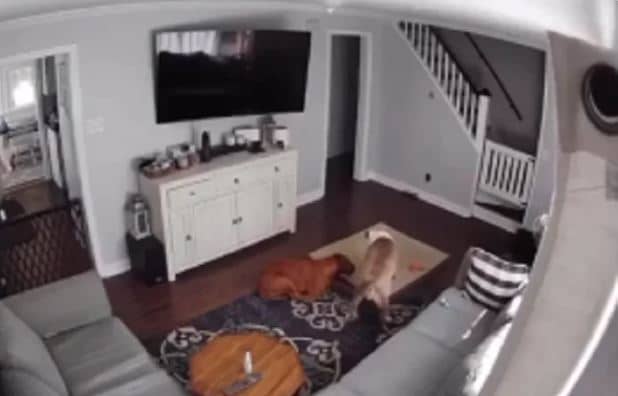 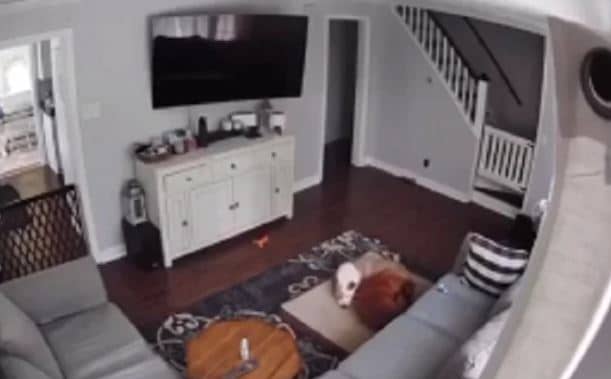 Obviously Spanky knew that Roman was not feeling well and wanted to comfort him. The moment is just so sweet and you’ll probably want to watch it over and over again. The love and friendship between these two has to be seen to be believed.

Please share this special video with your family and friends. 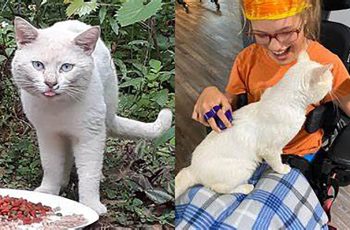 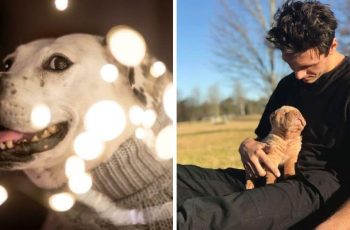 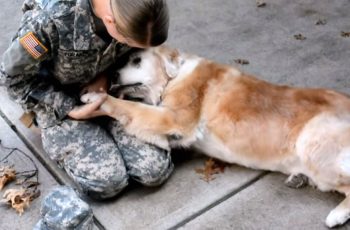 We have seen countless videos of reunion between owners and … 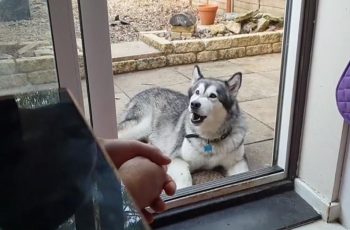 Having a dog is the best thing in the world! …