This surveillance camera, located at the entrance of an office building in the nation of Georgia, may have been installed to protect against crime — but recently, it captured something far, far different.

It recorded a scene of love in its purest form.

The street out front of the office building is home to a number of stray dogs, but the reason they chose that spot is no accident. For the past several years, one of the workers there, Nino Tabatadze, has taken it upon herself to make sure the pups are cared for.

“I give them food and water,” Tabatadze told The Dodo. “I make friends with them.”

In short, she let’s them know that they matter, too — and as this footage of Tabatadze arriving to work proves, the pups couldn’t be happier knowing that’s true:

This footage, of course, is just a candid snapshot of a bond Tabatadze has formed with the dogs who otherwise might not have a friend in the world.

It’s a bond the pups are eager to share.

“They are very loving and warm,” Tabatadze said.

In Tabatadze, the stray dogs have an ally. But for her, simply knowing they’re cared for comes as its own reward.

“Friendship with them brings me great happiness,” Tabatadze said. “They enlighten and warm the soul.” 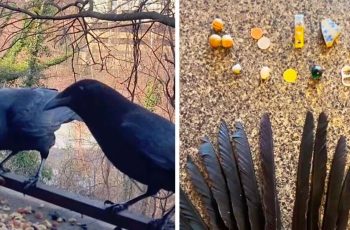 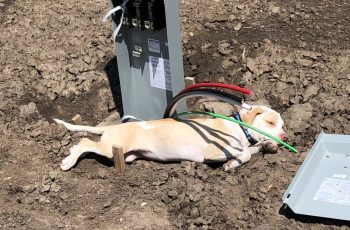 On Saturday, a dog that had been abandoned was found … 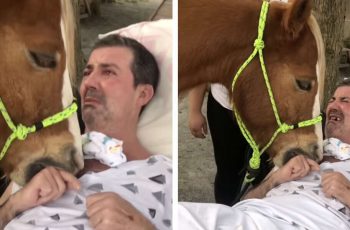 For the last several months, Audrie Spake’s father João has … 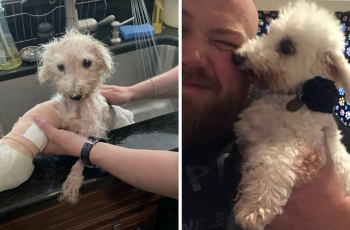