Animal rescue workers must deal with some of the most heartbreaking scenes but when it comes to finding an injured puppy in need of saving, it tugs at the heartstrings.

An injured puppy lay screaming on the ground, his only way of begging for help. Luckily, his cries were heard, and he was picked up by rescue workers willing to help him.

The sweet puppy was only about five months old and had gaping wounds on his legs. Maggots were feasting on his infected flesh, and he was very sick when they found him.

The puppy was also terrified, and they think he suffered lots of abuse. Despite the help he was getting, he didn’t trust people and was always afraid. He also had trouble standing but all this didn’t stop his rescuers from treating his infected wounds.

Slowly as he physically began to recover, his puppy heart also started to heal. It took some work, but he finally began to trust his caretakers and was soon strong enough to meet some new doggy friends.

The puppy who was now named Barney began to thrive in the company of the humans who cared about him and his new doggy friends. He was now willing to leave the past behind him. Soon, he was friends with his humans and playing with the other dogs in the yard, just like a normal puppy should.

His appearance also improved with each day, and he was almost not recognizable from the scrawny white puppy found lying injured in the dirt. But now, rather than fear and pain, his big black eyes were full of love and trust.

Soon, Barney was emotionally and physically ready to move on to the next part of his journey. Happily, the rescue found him the perfect home where he is loved and adored and allowed to do all the things every puppy should enjoy.

His new family provides him with all the love and care he deserves. He has a doggy friend to play with and a child to love. A large yard to do zoomies in, now that his painful injuries are behind him, he can really move.

Thanks to the kindness of the rescue, Barney has a full life and lots of love to give in return. He’ll enjoy plenty of adventures with his new family and be their best friend. We hope you enjoyed his incredible transformation. As always, please feel free to share with your friends. 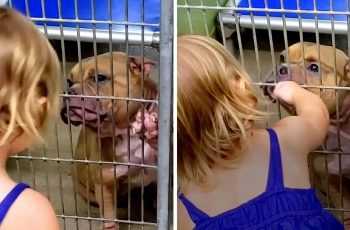 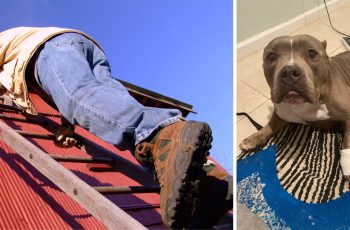 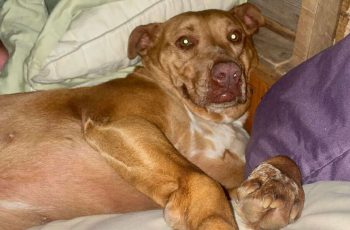 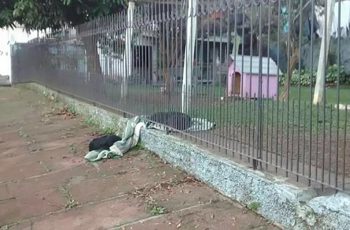 People who have lived through hard times are often empathetic …