Home
Animals
Cat
An Elderly Man Falls In The Shower, His Cat Was His Last Hope

Dogs are a man’s undisputed best friend. Millions of people’s lives are enhanced because they own a dog. They’re proven to help lower blood pressure, and stress hormone levels that can contribute to stroke, aneurysms, and heart attacks. Petting them even releases endorphins to soothe us and make us happy.

They save lives as police K9s, they keep drugs off the streets, and help bad guys in jail. In the military, they save troops from ambushes, landmines, and IEDs. In fact, two Belgian Malinois were taken on the raid to capture or kill America’s Most Wanted; Osama Bin Laden. Every day, thousands of people owe their independence to seeing-eye dogs, medical alert dogs, and every other kind of service dog you can imagine. But what if you don’t have a dog? What if you have a young cat, and that cat was your last hope of survival?

An 84-year-old elderly man by the name of Ron Williams found himself in that situation. Recently, after taking a shower, he slipped and fell, and no one was around to help. He had Life Alert, a device that calls for help with a press of a button, for people who may need assistance. Unfortunately, his Life Alert device was on the charger. Things looked grim as he spent over 16 hours on the floor with his arm pinned under him in great discomfort and pain.

His cat, Fluffy had stayed by his side in the bathroom, helpless to help him up, but that’s when Mr. Williams started coming up with a last-ditch effort to save his life. Then Ron thought about something, a trick he used to play with Fluffy. When Mr. Williams’s phone would ring, he would talk to his cat and say, “Ring a ding.” After a while, the cat began to associate his phone with this phrase.

Within 5 minutes, Mr. Williams said he felt his phone in his hand. Fluffy had jumped on the counter and retrieved his phone, allowing him to call for help after his 16-hour ordeal. Tearfully, while playing with Fluffy, who he had adopted not very long before the incident, told reporters that without Fluffy, he’d certainly be dead. He also went on to say that Fluffy would be by his side until he passed away, but with Fluffy by his side, hopefully, that day won’t come any time soon.

It appears that cats can be man’s best friend as well, and thankfully for Ron Williams, Fluffy was just the cat to prove it to the world. If you enjoyed the story of this feline hero, please leave a like and share. Thank you all. 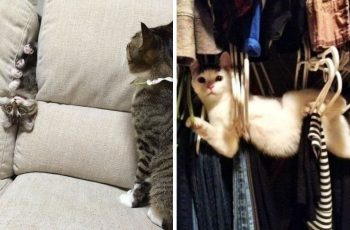 If you’ve ever met a cat or seen a cat … 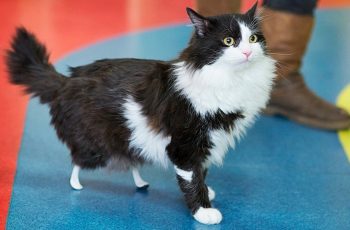 This is Pooh, an amputee cat who just got bionic … 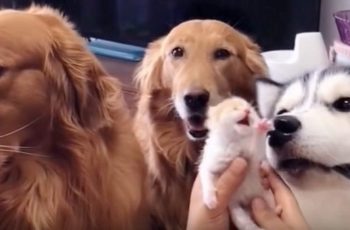 When a litter of tiny fragile kittens apparently didn’t have … 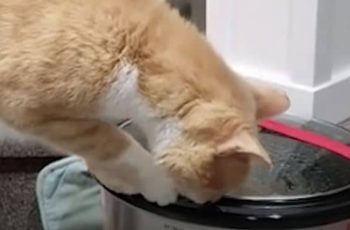 Most cats are notoriously picky about their food but not …