There was nothing unusual about the Dog Rescue Shelter getting a call about a dog being abandoned on the side of the road-sadly it happens all the time. But, what made this case so unique, is the ending.

Cruelly, a dog was dumped on the side of the road. The poor pup didn’t know what to do so it was wandering around on the highway, crossing back and forth, in search of food. But thankfully, the rescue was able to get to it before it was hit by a car.

The dog was clearly scared but also seemed happy to finally get some help. It was nervous as they tried to catch it, darting about and barking but was willing to approach the rescuer with the enticement of food. It took some time, but they were finally able to lure it into a cage.

Once inside with the door shut, now the real rescue could begin. The sweet dog could now start on the journey to the rest of its life. All they had to do now was load the cage into the rescue van and they were on their way.

Once they arrived at the vet, they were able to carry the cute dog inside. The dog didn’t have a microchip, but it did have a high fever, was covered in ticks, and was sick. But that didn’t stop the little guy from getting a bath and getting a full meal.

The dog then went to a foster where he was so happy to be off the streets. Gone was the nervous dog from the highway. The dog was now playful, lovable, and super cute. He even liked his new kitty friends.

The dog thrived in his foster home but the best was yet to come. A few months later, Mrs. Susanne Shine, the Ambassador of Denmark to Serbia, saw his rescue story and fell in love. She soon showed up at the shelter and adopted the cute dog.

She named the dog Albert, and he adored his new mom. He went to his forever home where he was greeted with loads of new toys, a big yard to play in, a new doggy friend, and all the love he could get.

Albert’s story warms the heart. From neglected and unloved to adored, the adorable dog is now a treasured family member and will never be homeless again. We hope you enjoyed Albert’s story. Please share it with your friends. 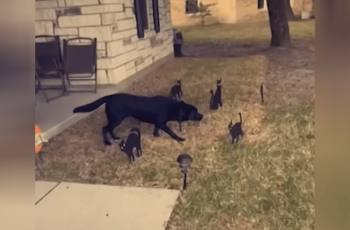 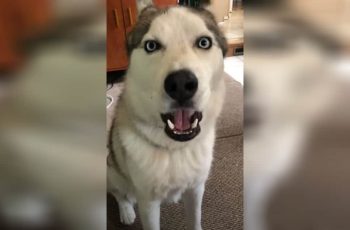 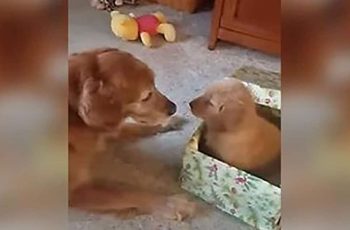