The images of the suffering animals affected by the wildfires in Australia are gut wrenching.  More than 1 billion animals have been killed and thousands more are in need of food, water, and medical care.

To help combat the starvation problem, aircraft are now being used to drop food to the animals.  The New South Wales government has started dropping carrots and potatoes from the sky to feed the state’s colonies of brush-tailed rock wallabies. 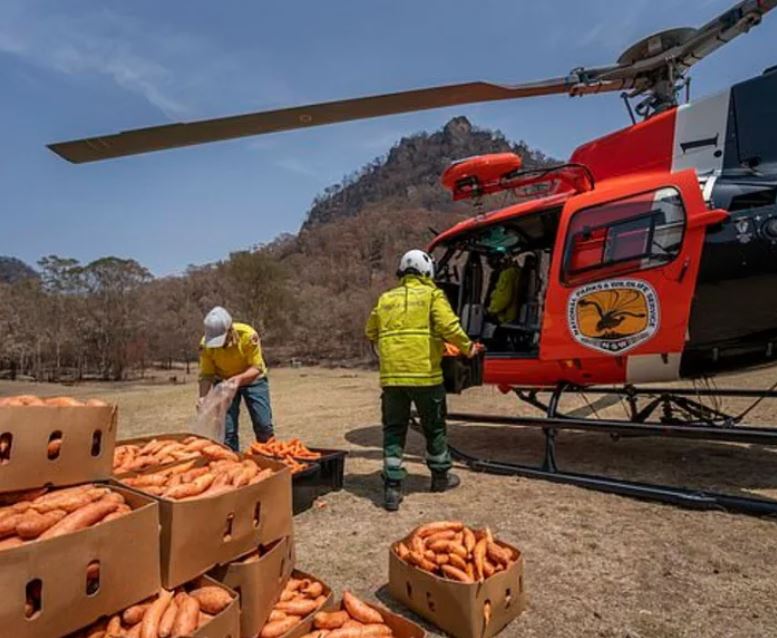 The New South Wales Parks and Wildlife Service began “Operation Rock Wallaby” to help protect the at-risk marsupial population from perishing without food and water after being displaced from their natural habitat. 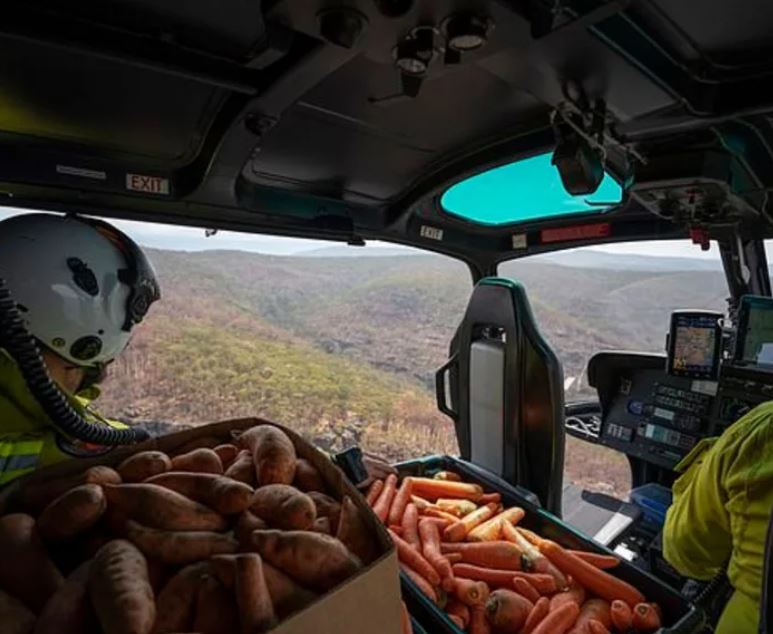 So far they have dropped more than 2,200 kg, or 500 pounds, of fresh vegetables to the animals that have fled the fires and now are without a food source.  The drops have taken place in the Wallaby Valley colonies in Capertree and Wolgan Valleys, Yengo National Park, Kangaroo Valley, around the Jenolan, Oxley Wild Rivers, and Curracubundi National Parks. 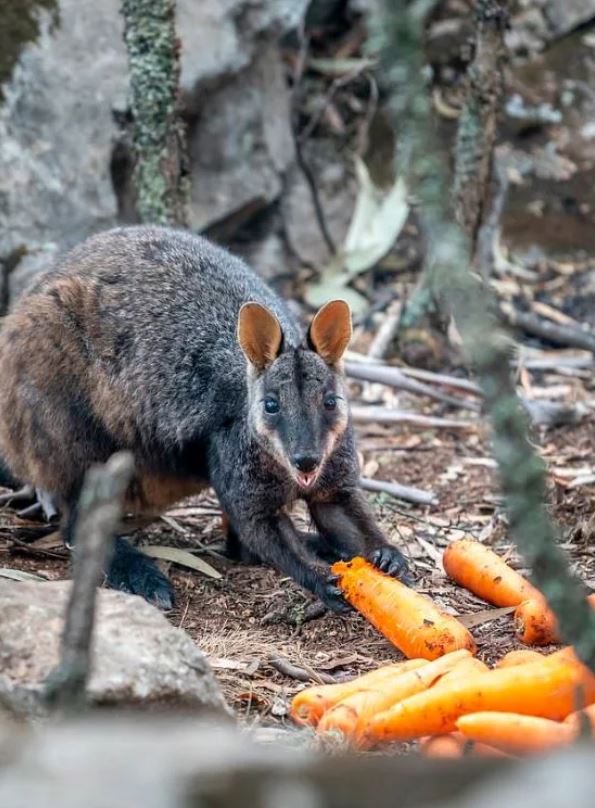 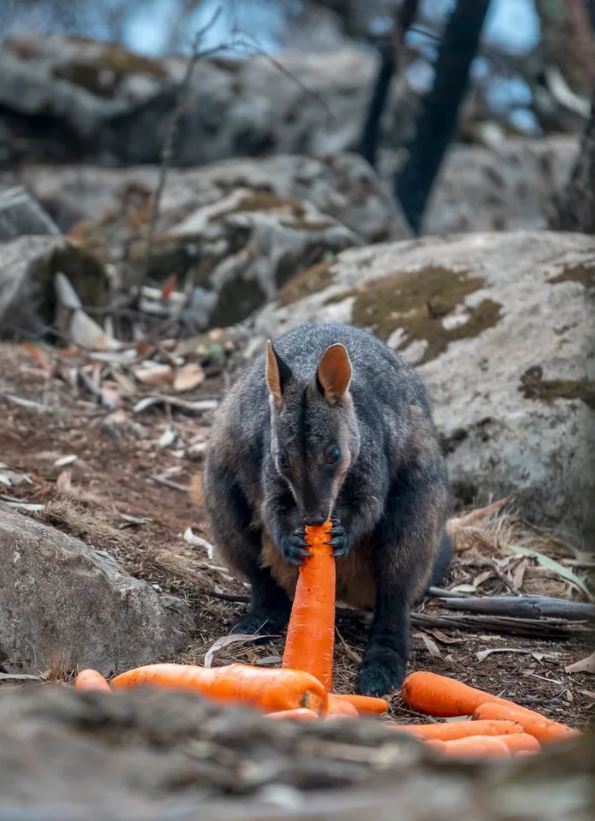 “The wallabies typically survive the fire itself, but are then left stranded with limited natural food as the fire takes out the vegetation around their rocky habitat.

The wallabies were already under stress from the ongoing drought, making survival challenging for the wallabies without assistance.” 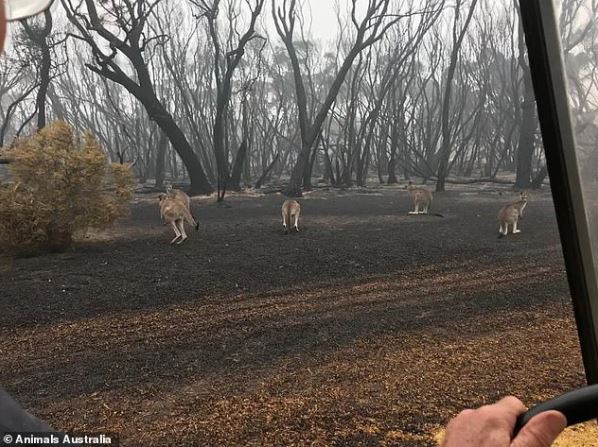 The team will also be monitoring the future progress of the operation and keeping a close eye on native species in the area as part of their post brush fire recovery plans. 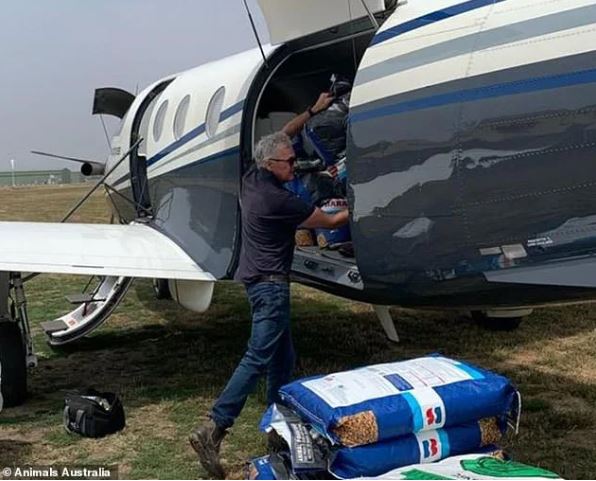 The adorable yet exhausted animals appear very grateful for their food.  A spokesperson for Animals Australia has also shared concern for displaced wildlife.  Lyn White said,

“With roads likely shut for weeks, the risk of starvation for surviving wildlife in the area is very real. It would be tragic if there was a further loss of life because the needs of surviving animals were not being met.” 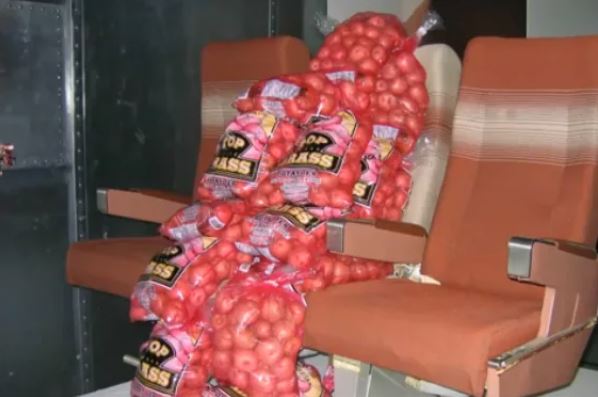 Please share this story with your family and friends and support the victims of the wildfire as you are able. 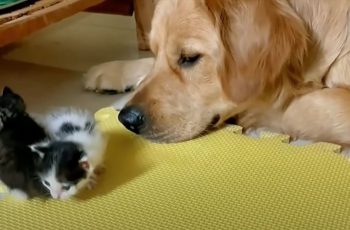 These two dogs became instant heroes to some abandoned kittens. … 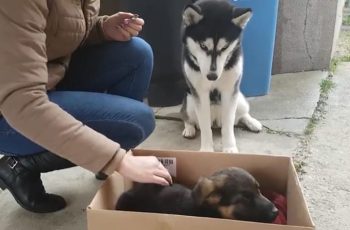 There’s not much cuter than puppies. Adding one to the … 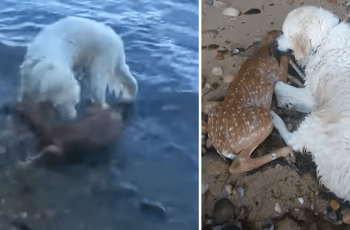 Not all heroes wear capes, some have fur, which makes … 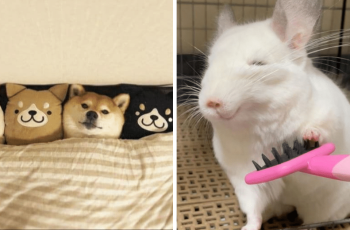