Rescuers tried to catch the sick dog for eight months and when they finally did, his skin looked as though it had turned to stone.

It all began with a call informing them about a sick dog that needed their help. The rescue tried to capture the sick dog but, no matter how hard they tried, he evaded them for eight long months.

By the time they were able to finally catch him, his skin looked as if it had turned to stone. He had only a little fur left on his back and his skin was dark and leathery. He was terrified and at first, tried to bite but soon he seemed to realize they were there to help.

Once he got some love and food, it was as though he knew he was getting a “life upgrade.” He didn’t fight his capturers anymore. He was taken to the vet where he was described as looking like a wild animal with his stone-like dark skin. 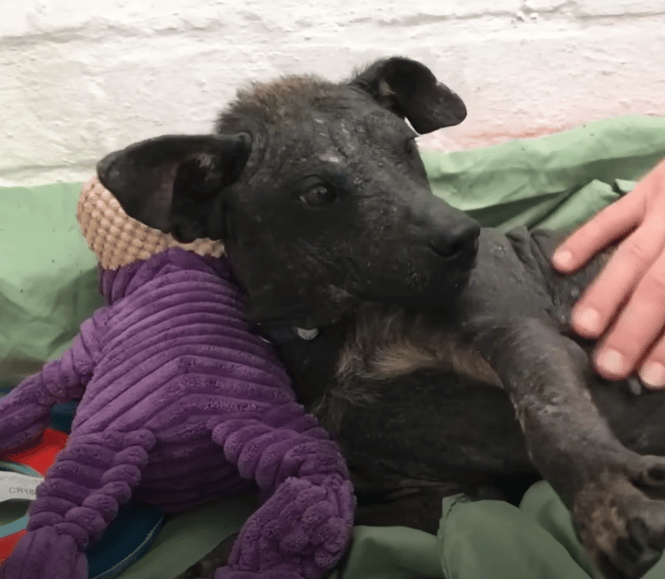 He was a good boy at the vet and let himself be examined. He even allowed belly rubs and quickly began to make friends with the vet and the foster family that came to pick him up and take him to their home.

At his foster home, the little dog got to wear cute outfits to protect his skin and had to go to the vet each week. As he was treated, his loving personality started to come out and he started to show off just how adorable his personality was.

Slowly his foster home worked with him and began to call him Chazz. One day he went to a meet and greet at the beach, where he met his forever mom for the first time. Mom named him Crumb and took him to her home in New York.

His foster parents were sad to see Crumb go but happy he had a great new home with a new doggy friend. There he learned to be a dog for the first time and was no longer the “dump dog” that he had been.

Crumb is super adorable and so proud of his new life. He is super cute and loves to show off the personality that was finally able to shine through. He’d been through a lot of hardship but certainly came out on top and is such a special dog.

We love his amazing rescue story and are so happy for him. We hope that you enjoyed it, too. The little dog was just a diamond in the rough waiting to be discovered. As always, please feel free to share with your friends. 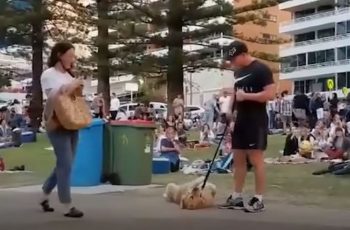 Sometimes dogs can have a mind of their own and …

They may be small in stature but Corgis have big … 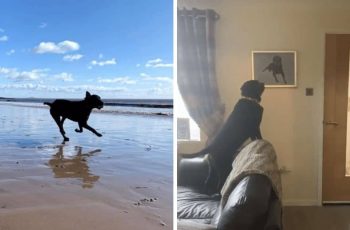