When you have a pet and you start a new relationship, it’s really important to you to make sure that your pet gets along with your partner. The bond between a pet and its owner is very strong and nothing should change that. But sometimes, your pet may take a special liking to your partner and claim them for their own. This means you get left behind and your pet has stolen the heart of your partner.

Here are 80 people this happened to, where they introduced their partners to their pets and the pets decided to steal the partners for themselves. I’m sure it’s both hurtful but also strange because these people end up being jealous of an adorable pooch or cuddly kitty or another cute pet animal. Scroll on down to see these sneaky and smug partner-stealing Jolenes and heart-stealing cowboys and their disgruntled owners.

1. This is the look of a dude who knows he’s successfully stolen your girl.

2. The smugness is beyond belief! Boyfriend: stolen.

3. They do look so adorable snoozing together.

4. The puppy wasn’t allowed on the bed so the boyfriend slept on the floor with the puppy. Puppy: 1, Girlfriend: 0.

5. “Hahaha this is my boyfriend now. Diabolical, I know. Now scram before I end your life.”

6. This kitty is this man’s real wife. His human wife is just his side chick now. The cat has ensured that this is so. 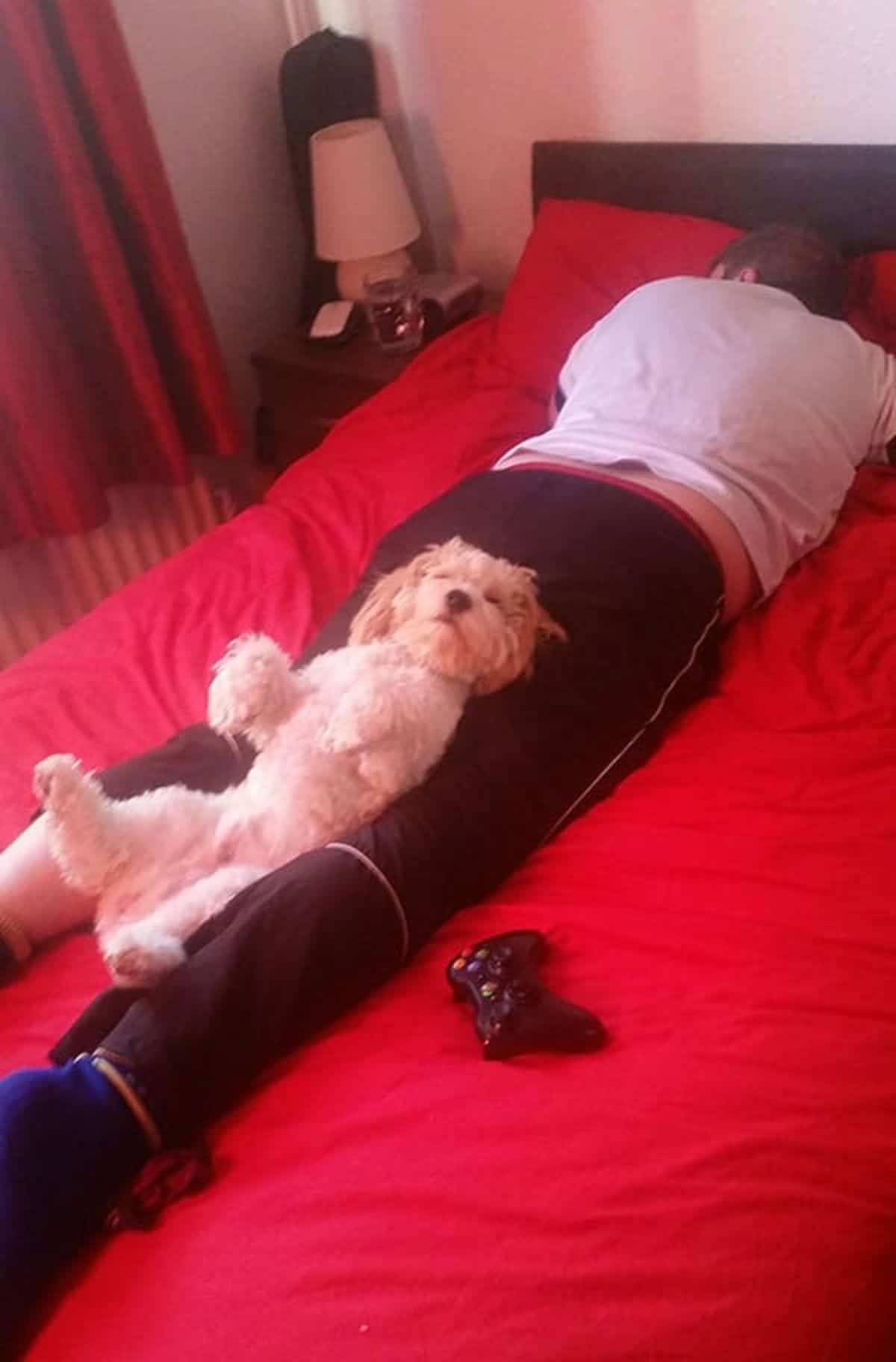 8. Couples who take naps together, stay together.

9. I think we can safely say that the husband is on his way out and this doggo is in.

11. “Just popping in to say your boyfriend is now my boyfriend. K, thanx, bye!”

13. I can feel this dog’s jealousy through the screen.

14. This dog is not being subtle about how the girlfriend isn’t wanted there anymore.

17. Whoever took this photo was definitely interrupting.

18. This dog has replaced the husband in his spot on the bed and in the marriage.

19. When you walk in on your best friend and your boyfriend sleeping together.

20. Yeah, this dog stole the boyfriend and isn’t giving him back.

21. This dude totally belongs to this kitten now, there’s no question of that. 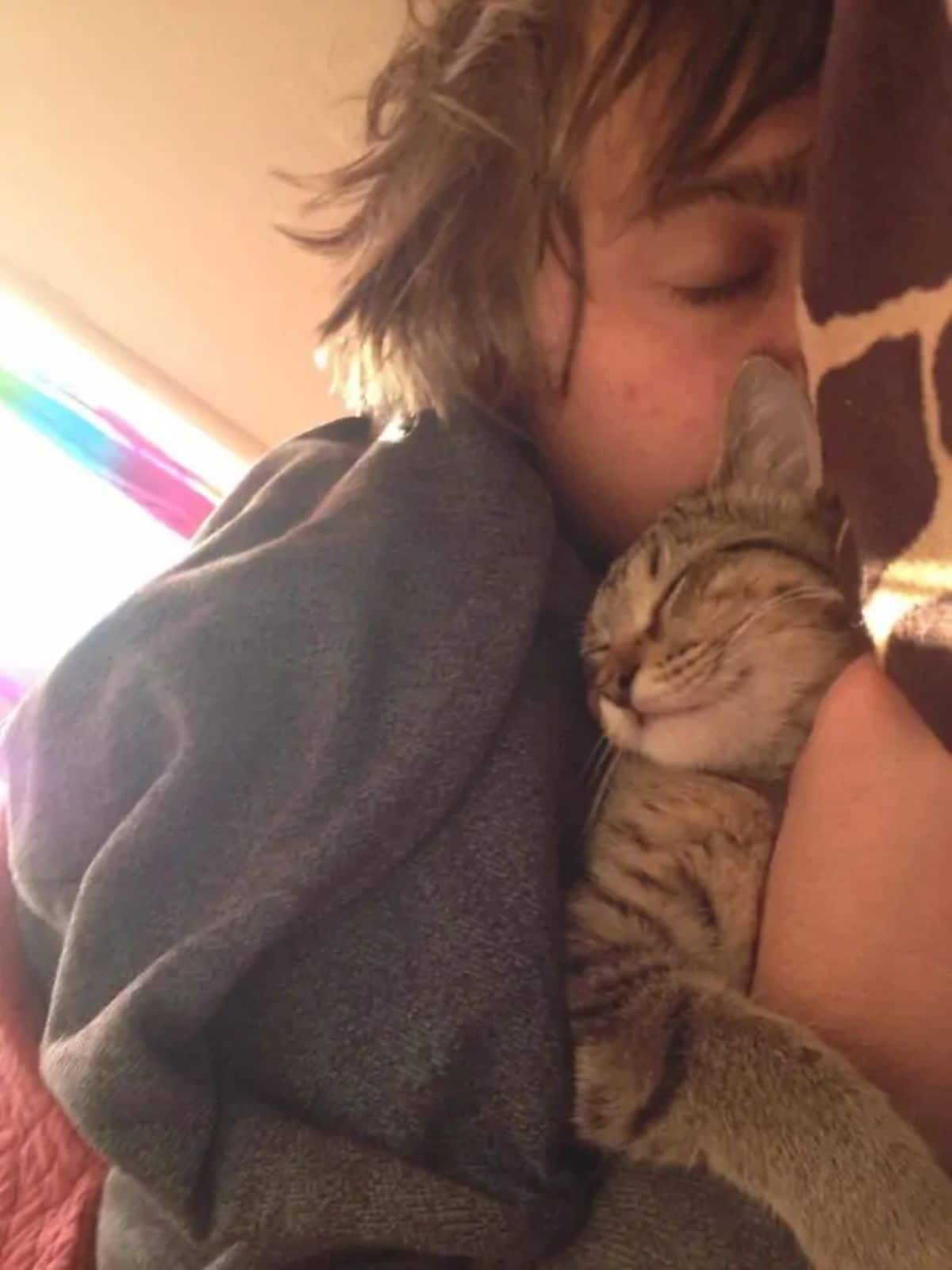 22. When your husband hugs the dog instead of you at night.

23. When her boyfriend stays over, it’s like her dogs forget she even exists.

24. This dog has zero qualms about stealing her owner’s boyfriend.

25. His girlfriend’s dog has fallen in love with him. By this dog’s expressions, it won’t be long before the girlfriend ends up dead.

26. When you get kicked out of your own bed.

27. This pup has staked her claim on her owner’s boyfriend.

28. He never went to bed but cuddled up with his girlfriend’s dog instead.

29. Look at all the love on this cat’s face. This man belongs to this cat now, that’s final.

30. Stealing your man while you’re away.

31. From top to bottom: flirting with your man and then smirking at you to let you know you’ve lost him.

32. The best this woman can have is sharing her boyfriend with her own cat.

34. This relationship has a third wheel in it and it’s the cat.

35. It was really nice of this woman to get a boyfriend for her cat to play with.

We decorated the tree,

Me and my best friend.

37. Every morning, this husband sneaks out of bed to cuddle with his mistress.

38. Girlfriend’s cat is obsessed with him and this is how they wake up every morning now. Safe to say that the girlfriend has been long forgotten.

39. When your girlfriend has adoring looks reserved just for your dog, you know that the dog has stolen her heart.

40. This dog has picked the girlfriend. This dude might as well pick up his stuff now and leave.

41.  Seducing the boyfriend in style.

42. She’s so obviously staking her claim on this man.

43. The boyfriend and the dog have hug sessions every morning and the girlfriend is not invited.

44. This puppy has definitely stolen his owner’s girlfriend.

46. Man finds his wife sleeping with his best friend.

47. When a hug from your boyfriend (or owner’s boyfriend, whatever) sends you over the moon.

49. Finding your boyfriend in bed with someone else.

50. Neither the wife nor the dog is missing the husband.

52. This dog is showing his owner’s girlfriend who really owns this man

54. Stealing the girlfriend’s heart with this little blep and all his cuteness.

55. Watching the fireworks with the ones who matter the most.

56. This dog stole his girl and has zero regrets.

57. That smug look is proof that he intended to steal his girl from the get-go. And knows he was successful.

58. Find someone who looks at you the way this cat looks at her owner’s boyfriend.

59. This cat is no longer trying to steal his girl. He’s already stolen her heart.

60. This kitty is definitely flirting with her owner’s boyfriend.

61. Waiting for the owner’s boyfriend to come home because the boyfriend is now the most important person to this cat.

62. Only the cat gets to hold hands with the husband. The wife might as well just get out now.

65. He’s so excited to teach his dog about his game.

66. When the girlfriend went to get a drink, the cat decided to come say hi to her boyfriend.

67. This cat has eyes for no one else but this man.

68. This cat has claimed her owner’s boyfriend for herself and no one can do anything about it.

69. This was the first night they met. A beautiful relationship is sure to follow.

70. Movie night with the boyfriend.

71. Just a man and his girlfriend’s dog having a moment. Nothing to see here.

72. The husband has been replaced on Valentine’s Day.

73. A boyfriend with his girlfriend.

74. He knows he stole his owner’s girlfriend and he’s smug about it too.

75. When you steal your owner’s girlfriend and then gloat about it.

76. He stole your girl and now he’s letting you know he’s won.

77. This woman’s husband has two big fans in her cats.

78. Stealing this woman’s husband since Day 1.

79. This cat is definitely in love with this woman’s husband. Look at the love in this kitty’s eyes! 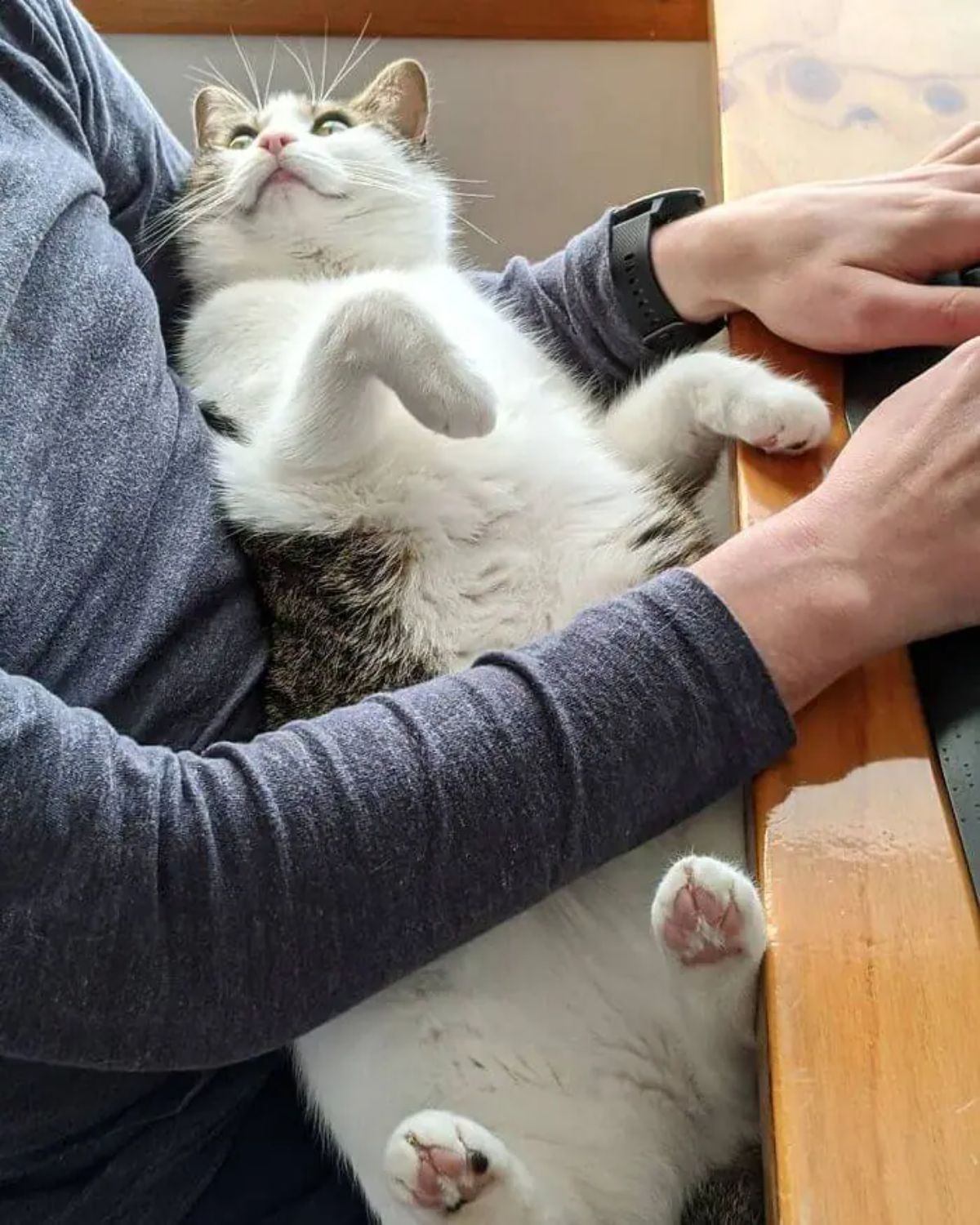 These cats have no regrets nor qualms about stealing their owner’s partners and staking their (rightful?) claim. Anyway, how could anyone be mad at them? They’re so cute and adorable, can you blame them for stealing the hearts of everyone they meet? 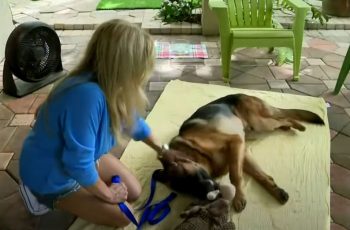 This brave German shepherd is missing both his back paws … 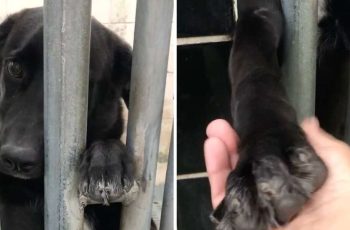 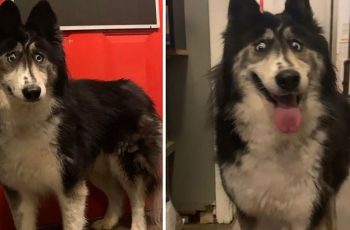 Sadly, when the then tiny Siberian Husky named Jubilee was … 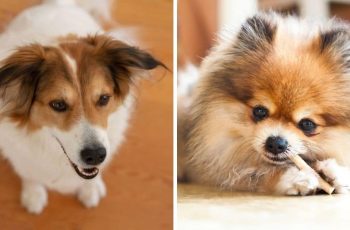 What kind of name would you give to your dog? …