Some things are made to be broken, like piñatas, fire crackers, Kit Kats, and of course, rules! Rules are only fun when they work for you and some dogs firmly believe in making the rules work for them. After all, bending the rules is a tough job because you need to make sure you can get off on a technicality.

Enjoy these photos of sassy dogs who know just what to do to bend the rules just enough without breaking them and getting into trouble. Anyway, they’re just so adorable how can you even stay mad at them?

So scroll on down to see what these spunky puppers got upto!

1. They’re not allowed on the yoga mat so they found a creative solution: paws only

2. Technically he isn’t even in the bedroom he isn’t allowed in because he can’t be seen. Right? 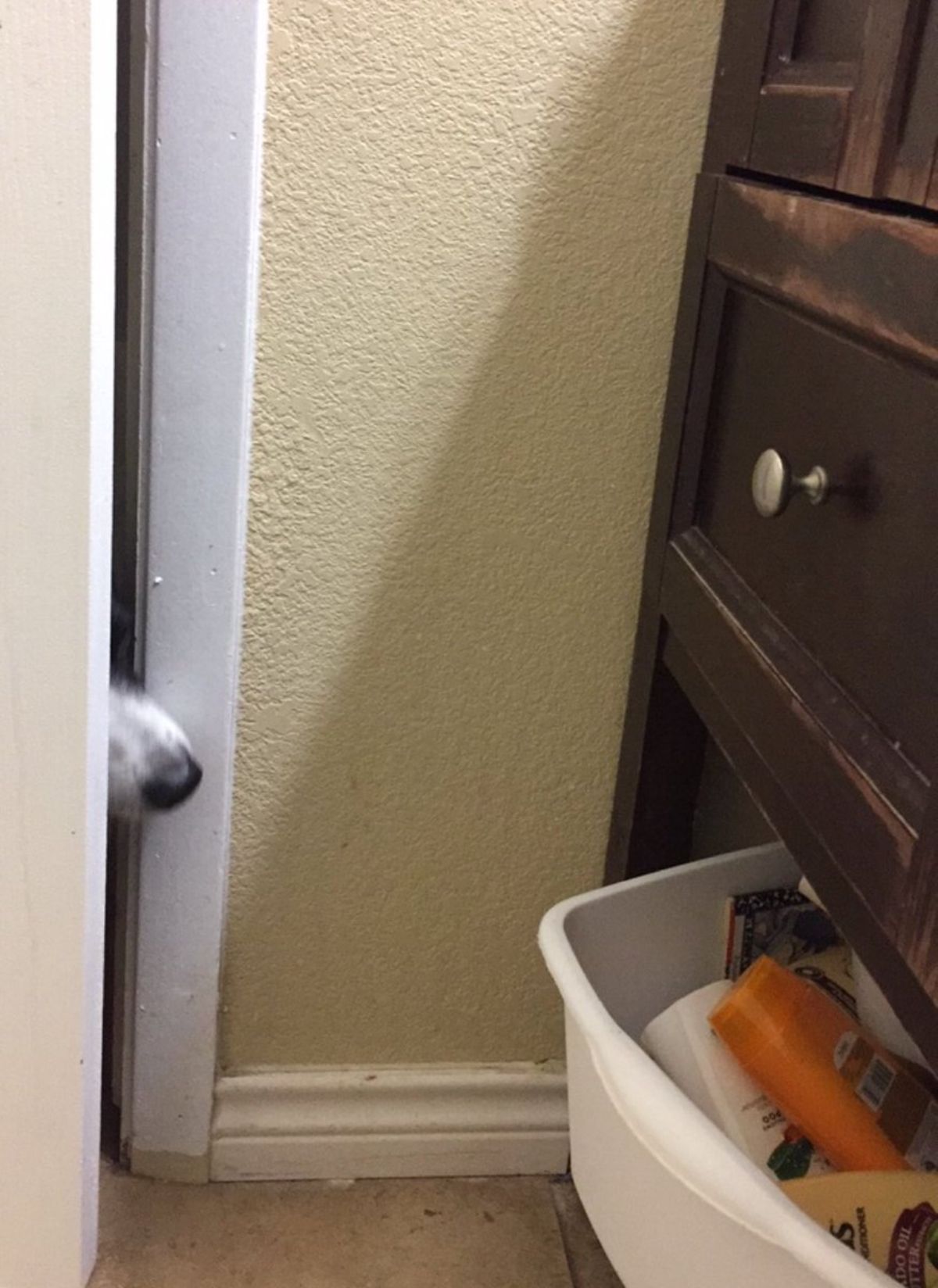 3. Looks like this clever guy found a way around the “not allowed upstairs” rule!

5. “Tip: If you’re not allowed to do something, keep doing it until your human gives up. It always works! You’re welcome”

6. “To lie on the sofa, one must have the whole body on it. I don’t, ergo, I am not breaking your silly rule”

8. Everyone knows you aren’t breaking the rules if some part of you is off the sofa

9. He’s not really ON the table so this is probably fine, yes?

11. Getting away with it on legal technicalities

13. He knows his nails can damage the leather so he’s wisely put only his butt on the couch. You should be thanking him

14. Sir, I think you need to get your house horse a bigger couch

15. “I was told I wasn’t allowed on the sofa. Nobody said anything about blankets. Now shush so I can sleep” 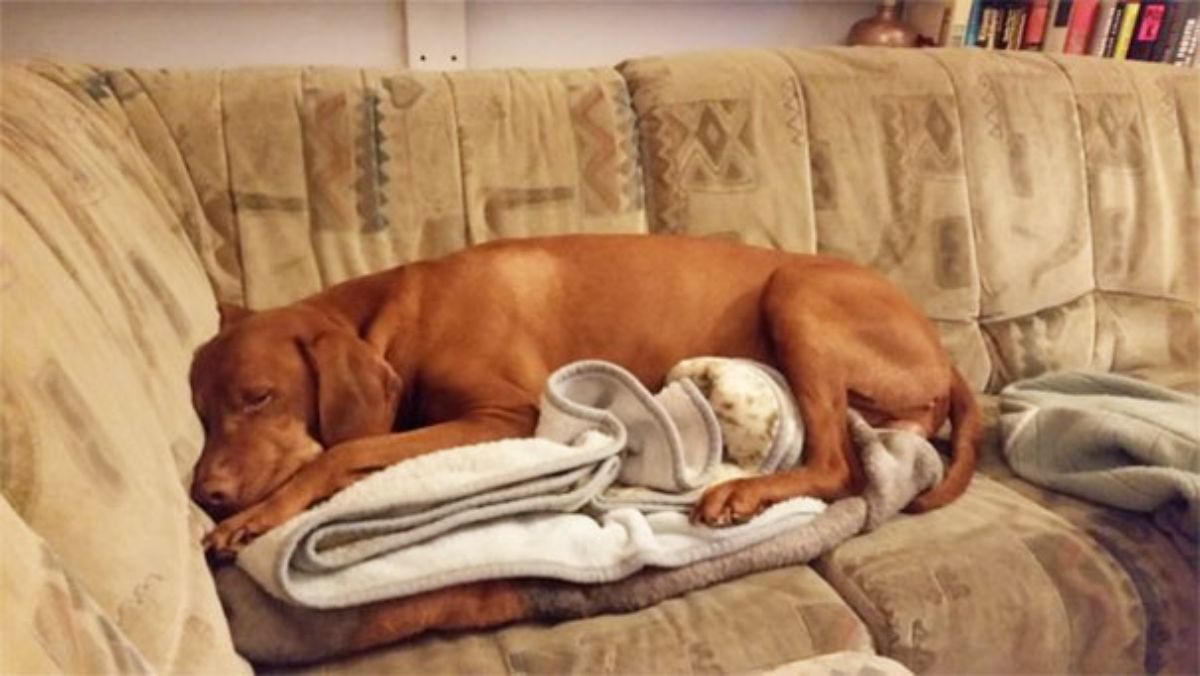 16. “If you’re not allowed IN the kitchen, then NEAR the kitchen is the next best option” 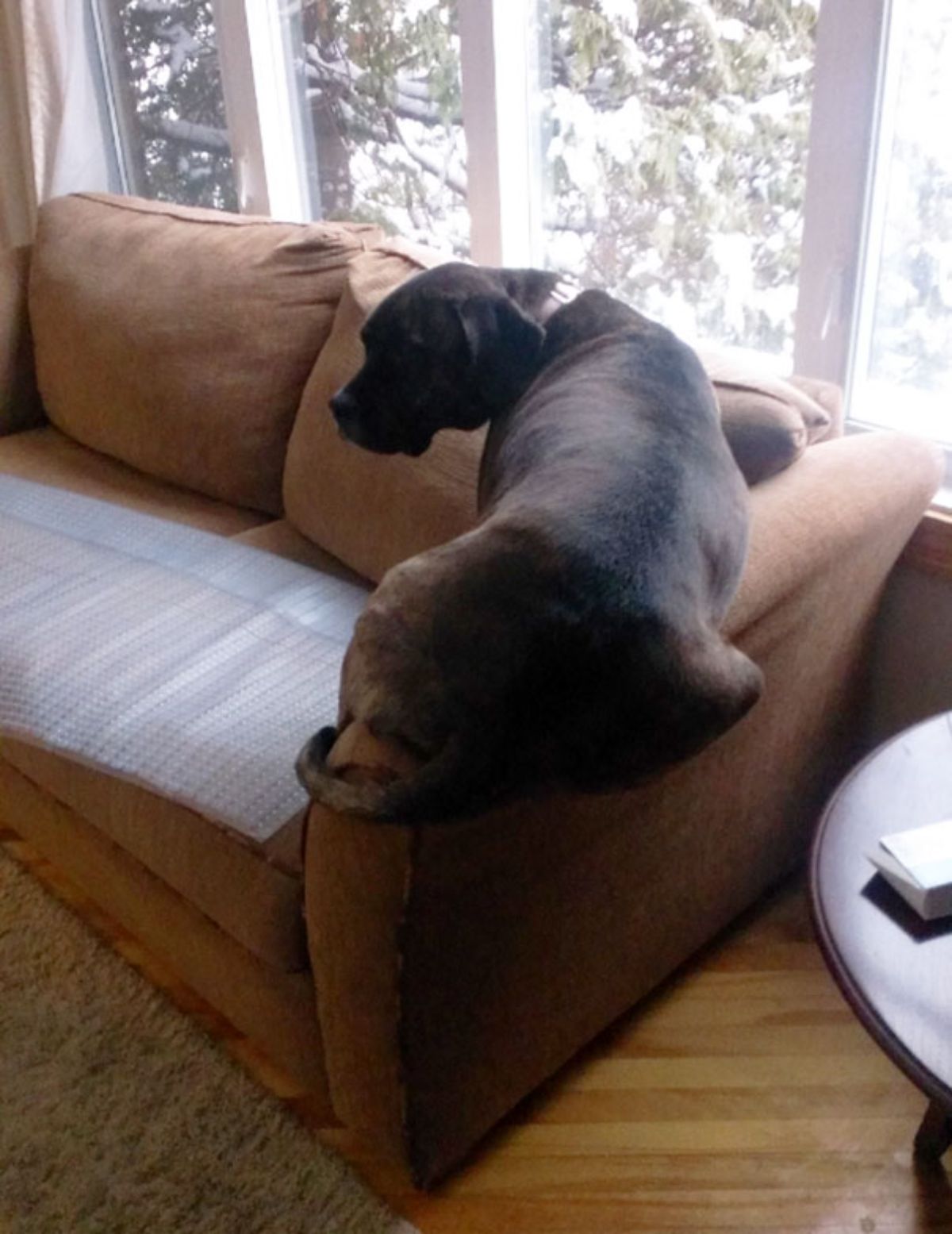 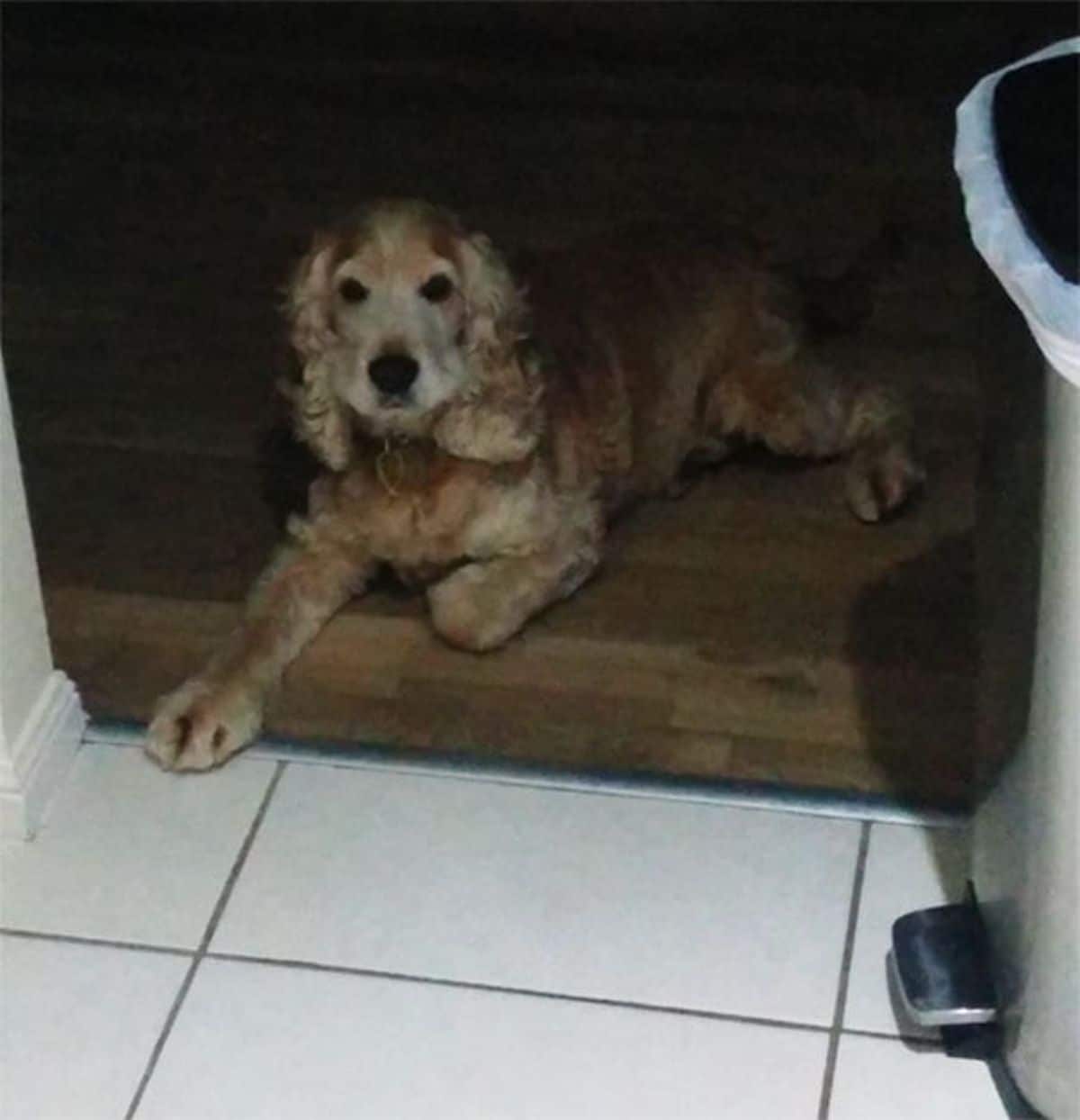 19. All four paws aren’t allowed in the bedroom so this clever pooch kept two of his tippy tappy toes out in the hallway

20. All this pup wants to do is make sure his little sister is safe, let him do his job 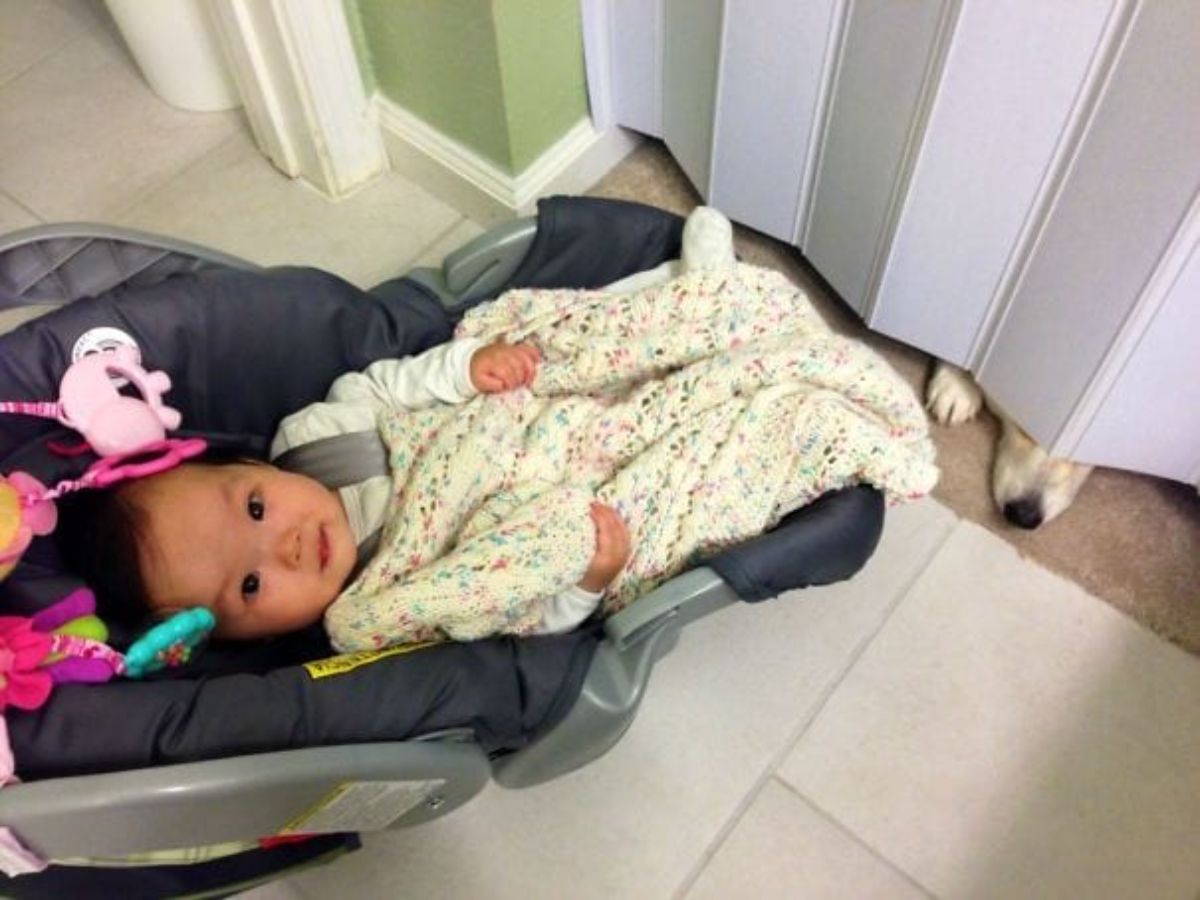 21. Sometimes, when rules don’t make sense, you have to find creative solutions to work around them

22. This human’s entourage is not allowed in the garage so the best they can do is stand by the doorway, which is good enough 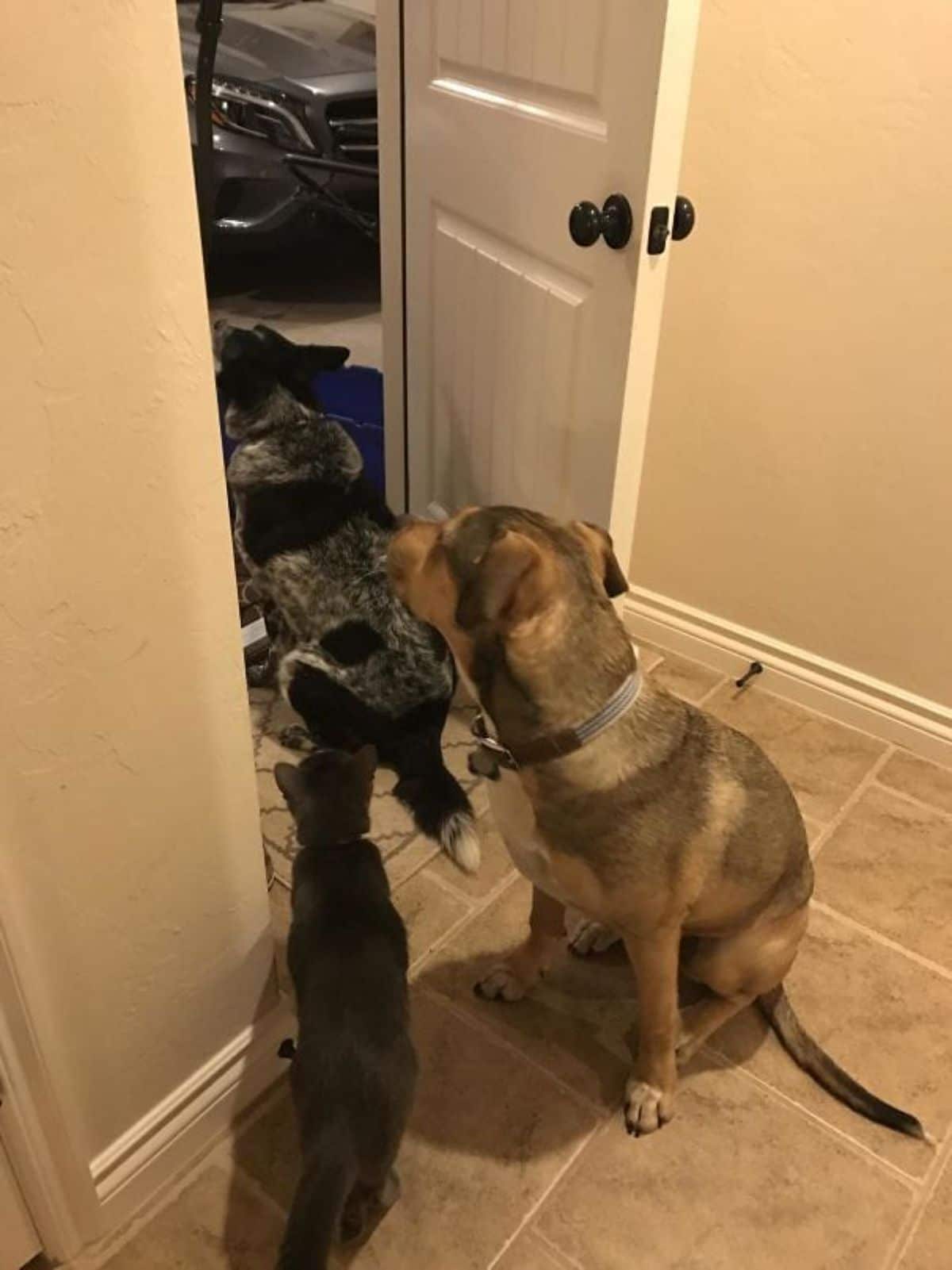 24. His chin isn’t allowed on the table and he’s definitely following that rule perfectly, kind of

26. “If you aren’t allowed in a room, throw a toy in there, then slowly crawl in to the room to get it. Tried and proven tactic!”

27. “You said my paws aren’t allowed on the table but no one said no to my head on the table, right? Loophole, aha!”

29. “I distinctly remember you said I can’t be ON the sofa, but nothing about being IN the sofa. I am a GENIUS”

30. “I’m not touching your bowl! I’ll just eat whatever you don’t want to eat. I’m sure you’re not even that hungry. GIMME!” 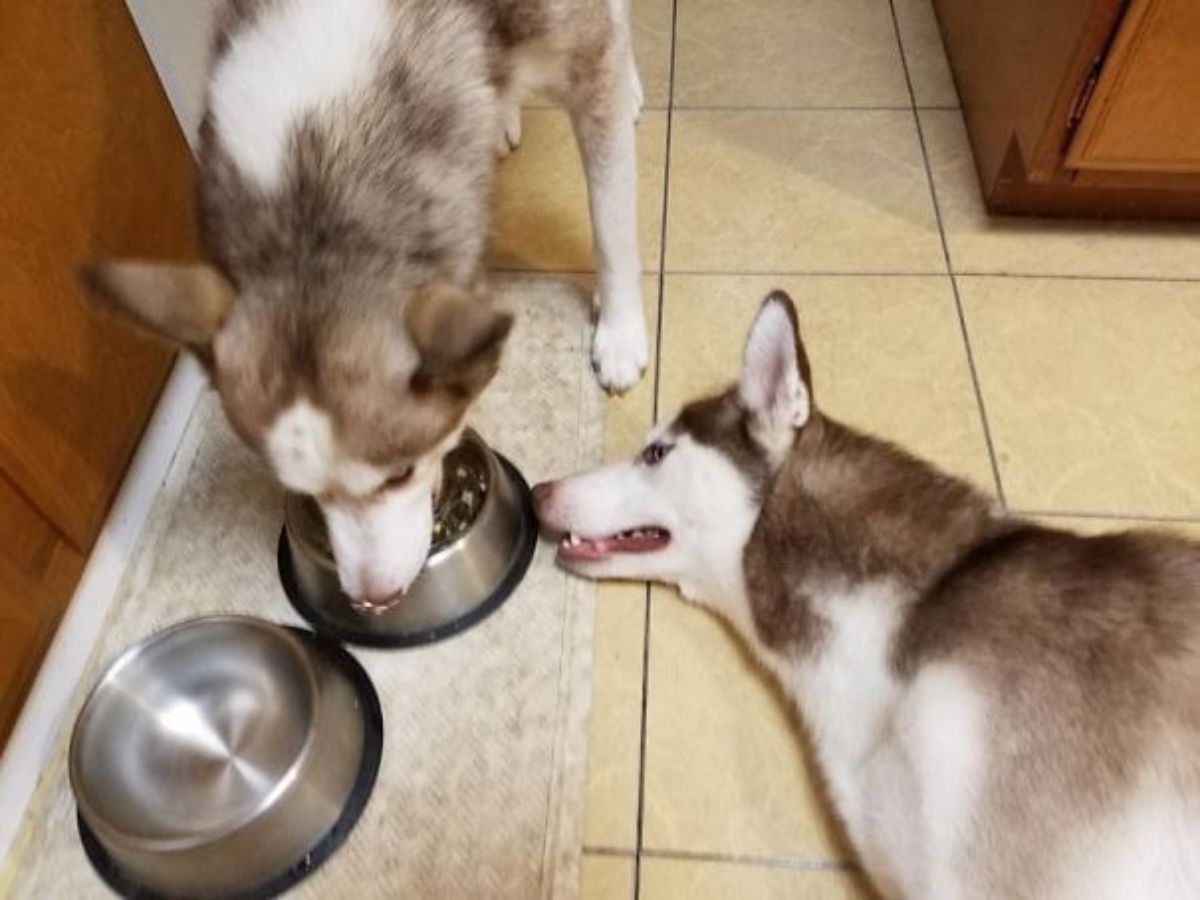 32. “It’s not really begging if I’m not facing you so I’m not breaking the rule. It’s all about the phrasing. I am a Legal Eagle”

33. “I’m not allowed on the sofa but the kids threw the cushions on the floor, so here I am. It’s all about seizing opportunities”

34. “Please, may I come into the nursery? No? How do you feel about our paws and nose in the nursery then? Okay? Okay.”

35. It’s not begging if she’s just looking at you, right?

36. The kitchen is off-limits for him but it’s just his snoot over the line so I’m sure that’s okay

37. Another doggo barred from the kitchen has figured out a loophole: peek in and sneakily put a paw on the kitchen floor

38. When you’re not allowed in the front of the car, you must improvise. Solution: smush face between your humans

39. “I’m not allowed in the kitchen so I’ll just stare at you with my crossed paws on the kitchen floor like the Polite Boi I am”

40. “The law is to not be seated on the couch. As my leg and butt are dangling off the couch, I declare that I am innocent”

Wow, dogs are so good at bending the rules, next time I need a lawyer, I’m hiring a pawttorney.

Do your dogs find creative ways to break the rules like this too? 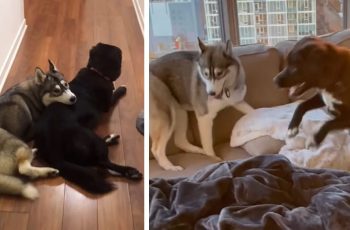 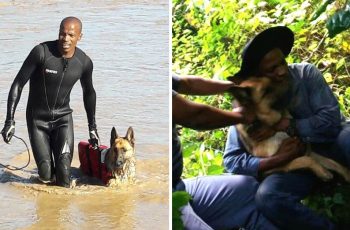 For this search and rescue K9 and her handler, an …